Entire board of Serie A club Juventus announces resignation 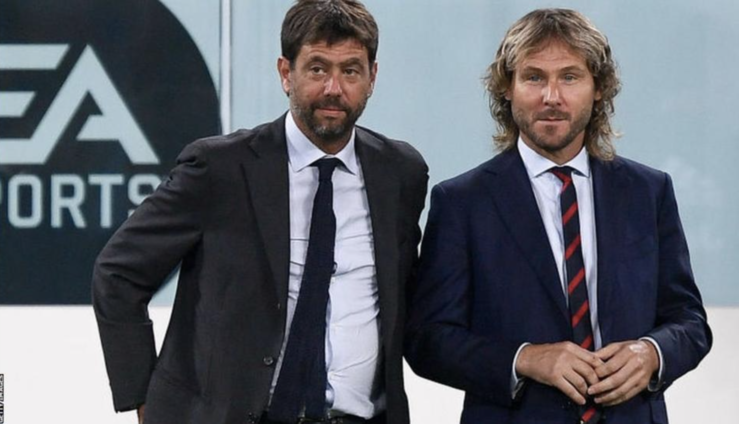 The entire board of Italian club Juventus, including president Andrea Agnelli, have resigned.

Last November, Juventus said they were co-operating with police after an investigation was launched into the club’s transfers.

The investigation concerned “revenues from player registration rights” between 2019 and 2021.

Agnelli and vice-president Pavel Nedved, who is also stepping down, were among those under investigation.

The board have stepped down en masse “having considered the centrality and relevance of pending legal and accounting issues”, said a statement.

The outgoing board “considered to be in the best social interest to recommend that Juventus equip itself with a new board of directors to address these issues,” the statement added.

Managing director Maurizio Arrivabene will remain in his role for an interim period while a new board is brought together.

Agnelli was one of the chief architects of the breakaway plans to form the European Super League in 2021.

Juve, who are listed on the Italian stock exchange, are being investigated for allegations of presenting false accounting information to investors and producing invoices for non-existent transactions.

The club has denied any wrongdoing.

Other clubs are also the subject of a parallel investigation which was launched by the Italian Football Federation (FIGC) in October.

Shareholders are set to meet again on 18 January to appoint the new board, the club said.

DISCLAIMER: The Views, Comments, Opinions, Contributions and Statements made by Readers and Contributors on this platform do not necessarily represent the views or policy of Multimedia Group Limited.
Tags:
Andrea Agnelli
Juventus