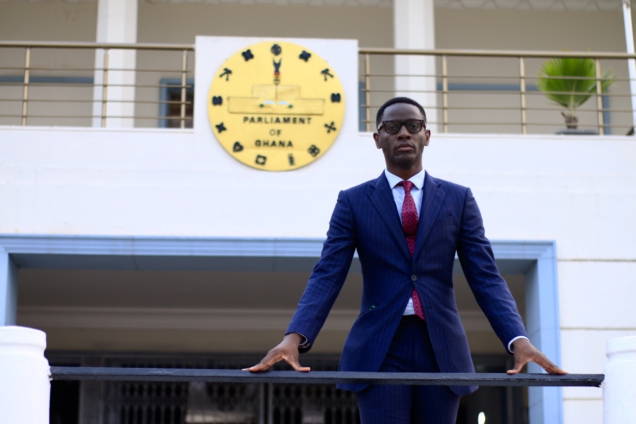 Eʋe nationalism is a socio-political philosophy and state of mind. It is centred on the consciousness of Eʋe unity, fraternity and solidarity; and the possession of common unique characteristics, ancestry, civil codes and varied genealogies.

Eʋes are bound by a duty to safeguard and uphold the privileges that our ancestors obtained for us; this is the philosophy behind an unwritten law to operate severely on those who may seek to infringe upon our sovereignty.

The essence of Eʋeto is to develop Eʋenyigba into a show-piece of the space-age civilisation; a model state of the Republic. This mission requires the finest expertise of Eʋe citizens, backed by the popular will of the people, dedicated to a renaissance of the province.

The case for Eʋeto is the same today as of ancient times — the firm desire of millions of people who occupy a distinct geographical area on earth, that speak the same basic mother tongue, practise the same general customs, enjoy a common cultural background and association of interests — to peacefully coexist together under one political administration, so they achieve peace, wealth and ceaseless progress, without shackles, strings or obstacles.

The renaissance of Eʋenyigba would be in itself revolutionary once the status quo of a substandard quality of life, which the people of the province furiously reject, yet are subconsciously accustomed to, is replaced by a contemporary order. The humanistic aspirations of the renaissance are for economic independence and scientific advancement.

It is my sincerest hope that, from 2020, at the threshold of a new decade of such great promise, Eʋenyigba is transformed by a fresh generation of kind-hearted public servants and ambitious entrepreneurs dedicated to a higher purpose. I encourage citizens of goodwill across our Republic to voyage to the province and participate in this gracious transformation.

Eʋes have slowly and painfully discovered that our progress relies on our ability to harmonize governance and innovation. Our people are fast losing confidence in the deliberations of statesmen since, year in year out, they elect parliamentarians and it brings no significant change. They have started to question whether the current social order holds any plans of development for our people.

The forceful unilateral division of Eʋenyigba, by the 7th Parliament of the 4th Republic, under the administration of Nana Akufo-Addo, is widely regarded as the greatest hindrance against Eʋeto in modern times. In 2018, the Oti Region, informally referred to as Greater Volta, was carved out of the present Volta Region – Eʋe territory. This has been the 5th partition of Eʋenyigba.

The 1st partition of Eʋenyigba (1884-1890) split the Eʋe territory, into two, between the Gold Coast and Togoland.

The 2nd partition of Eʋenyigba (1914-1918) occurred when German Togoland was conquered; Western Togoland, including Lomé, went to Britain and Eastern Togoland went to France.

The 3rd partition of Eʋenyigba (1919-1920) was as a result of Article 119 of the Treaty of Versailles when Germany renounced all her rights over Togoland in favour of the Principal Allied and Associated Powers. On 7th May 1919, the Supreme Allied Council requested France and Britain to determine between themselves the future regime of Togoland and recommend its adoption to the League of Nations.

Britain and France agreed, under the terms of the Milner-Simon Declaration of 10th July, 1919, to determine the frontier between them. In 1920 Britain handed over two-thirds of former Togoland to France and held one-third of Togoland. Eʋes, within six years (1914-1920), had to adjust themselves to three different colonial systems and learn to speak German, English and French.

The 4th Partition of Eʋenyigba (1921-1956) was when the League of Nations in July, 1921 conferred a Mandate system on Britain and France to supervise the government of Togoland. The boundary was the same as for 1919. The mandates were made definitive in 1922. In 1946, they became trusteeships – Gold Coast Eʋenyigba, British Mandated Togoland and French Mandated Togoland.

The British Trusteeship was terminated, after a Plebiscite on 9th May, 1956 and a subsequent referendum on the creation of the Volta Region, in 1957 when Ghana attained political independence. 93,000 people in British Mandated Togoland wished to be part of Ghana while 66,500 people, in the same British Mandated Togoland, wished to remain governed as a Trust territory. The French Trusteeship was also terminated in 1960 when Togo became independent.