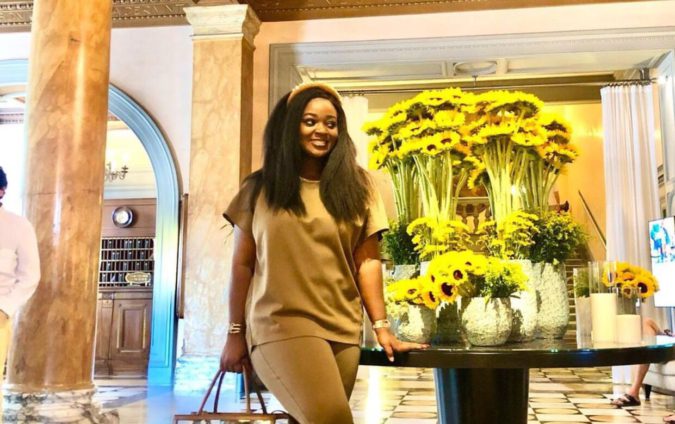 Award-winning actress, Jackie Appiah, has echoed why she deserves to be handed the tag as one of the most fashionable celebrities in Ghana.

She just took things to a whole new level in a fresh post on her Instagram page which got people lost in a frenzy; that Jackie is simply magnificent enough in all circumstances.

The post, without a caption, displayed Jackie, who had put on a billion-dollar smile with her eyes off the camera.

Her mates in the entertainment industry, including Prince David Osei, Rachael Okonkwo, Uzee Usman and Luchy Donalds, jumped into the comments to spray compliments on her.

Excited, Jackie Appiah later commented on her post and wrote, “thanks everyone, love you all.”

What else is there to say? The photo received massive views and reactions from the thrilled fans.

Her admirers camped under the comment section to gush over the beauty of the celebrated actress.