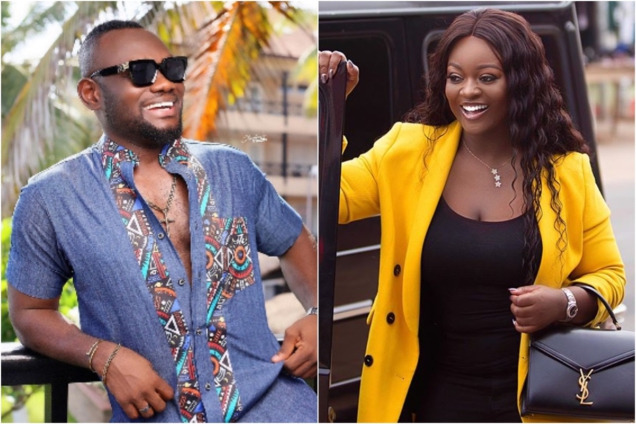 Actor Prince David Osei has come to the defence of actress Jackie Appiah after a section of the public questioned her source of health.

This followed a viral video of the actress’ house located at Trasacco in Accra.

Taking to Instagram, Prince David Osei noted that Jackie Appiah and other actors in the industry invested the monies they earned over the years from their trade.

He added that “I am out here hustling to do my tours with my sweat, tomorrow if I hit, some monkey will come and say it’s NPP money. Some of us hustlers never claim to be rich, we work hard filming day and night exploring other avenues to make money.”

Prince David Osei noted that it is disappointing to see people pull down the actress after seeing her home. He stated that envying others and being jealous of their successes will not help the country.

“Let’s learn to celebrate people and stop judging them as soon as we see them successful. Her (Jackie Appiah) beautiful mansion pops up and most people are judging her already, eei Ghana,” he wrote.

“If she was poor too, same people will say Ghanaian actors are poor. We have had enough of you people always shaming our girls,” Prince David Osei added.

His comment follows the criticisms that actress Jackie Appiah has been subjected to after a video of her home went viral over the weekend.

A videographer released a video that explored every detail of Jackie Appiah’s home located at Trasacco.

Although some fans were impressed with the actress, others sought to shame her by claiming she did not buy her home through legitimate means.

However, fans and other celebrities jumped to Jackie Appiah’s defence.

Broadcaster Nana Aba Anamoah following the backlash wrote “When you make it as a man in this country, they attribute it to sakawa or drugs. You make it as a woman, you’re ashawo.”

“People who do this are permanently stuck in a snakepit. Wake up from the folly and attempt to make your life better too. God be with us all.”