Fifa to suspend Russia as IOC calls for athletes’ suspension 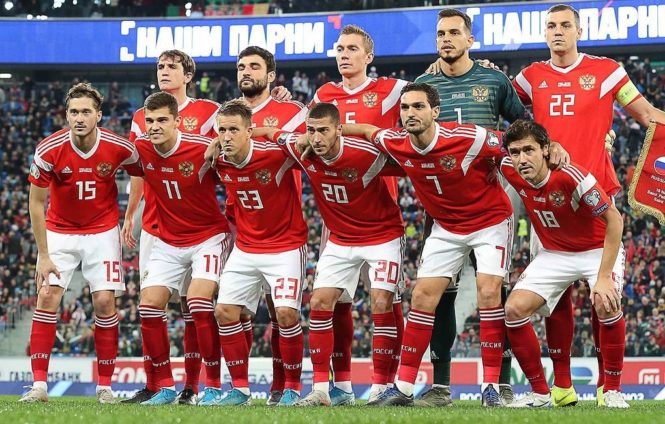 Football’s world governing body Fifa is set to suspend Russia until further notice – as the International Olympic Committee (IOC) recommends that Russian and Belarusian athletes and officials are banned from any organised international competitions.

The IOC has urged sport governing bodies not to allow Russian and Belarusian athletes to compete because of a “breach of the Olympic Truce” by those countries’ governments.

It comes after Russia, supported by Belarus, launched a military invasion of neighbouring Ukraine last Thursday.

Fifa had earlier ruled that Russia must complete their upcoming games in neutral territory, under the title Football Union of Russia, and without their flag and anthem.

However, the announcement drew criticism – and Scotland and the Republic of Ireland joined several other nations, including England and Wales, as well as Poland, the Czech Republic and Sweden, in refusing to play against Russia.

On Monday, Scottish FA president Rod Petrie wrote to his Ukrainian counterpart “to send a message of support, friendship and unity”, with those two nations due to meet in their World Cup play-off semi-final on 24 March.

Russia are scheduled to face Poland in the play-offs on the same day, followed by a final meeting with the Czech Republic or Sweden on 29 March, should they win.

The International Paralympic Committee is to meet on Wednesday to discuss Russia, just two days before the start of the Beijing Winter Paralympic Games.

The IOC said it had made its recommendations “in order to protect the integrity of global sports competitions and for the safety of all the participants”, adding that “the current war in Ukraine puts the Olympic Movement in a dilemma”.

“While athletes from Russia and Belarus would be able to continue to participate in sports events, many athletes from Ukraine are prevented from doing so because of the attack on their country,” an IOC statement read.