Finance Minister to withdraw E-levy from Parliament and reintroduce at 1.5% 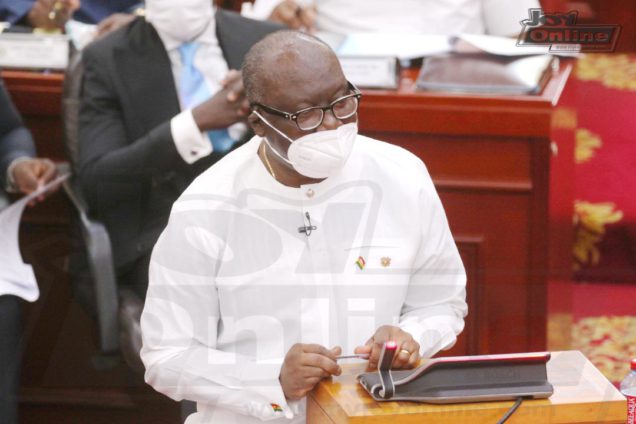 The Deputy Majority Leader has revealed that the Finance Minister, Ken Ofori-Atta, will withdraw the controversial Electronic Transactions Levy (E-levy) in Parliament and re-introduce same later.

Presenting the business statement for Parliament next week, the Effutu MP said the e-levy will be reintroduced on Friday, February 18 at a reviewed percentage of 1.5.

Government has proposed a 1.75% levy on all electronic transfers to help reduce the country’s debts while enabling it to fund the growing demands of Ghanaians.

At the second Townhall Meeting in the Western Region this week, to explain the need for the controversial levy to the citizenry, it was met with stiff opposition.

The meeting, organised by the Information Ministry was aimed at educating members of the general public on the need to accept the implementation of the E-levy Bill meant to widen the tax net.

Before the meeting, President Akufo-Addo took to Twitter to seek support from the masses.

“E-levy for development. Ghana needs the E-levy,” he communicated.

In his address, the Finance Minister called on Ghanaians to join hands in becoming masters of their own destiny by helping government to close the revenue gap in the annual budgets.

DISCLAIMER: The Views, Comments, Opinions, Contributions and Statements made by Readers and Contributors on this platform do not necessarily represent the views or policy of Multimedia Group Limited.
Tags:
E-Levy
Finance Minister
Ken Ofori-Atta