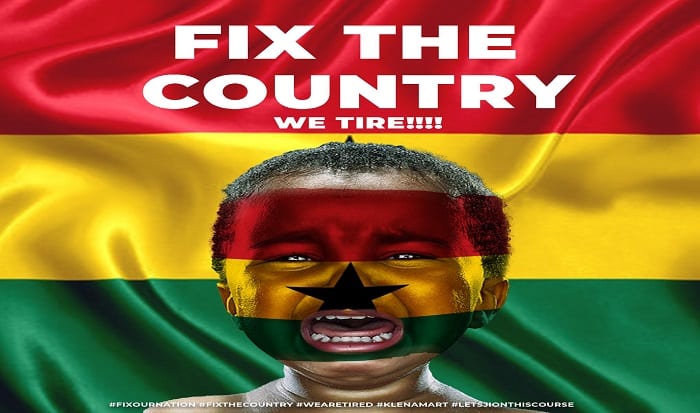 Fighter General of the Economic Fighter’s League (EFL), Yakubu Hardi says the delay in undertaking the #FixTheCountry protest has offered opportunity for people to think through the various concerns, digest and decide whether or not to join.

“So the drag of time has given an opportunity for people to completely digest all these issues and understand from their own perspective where the fix the country has come from and if it is something that they want to join,” he said on Tuesday.

This comes after the group’s first notice to demonstrate on May 9 failed following a series of misunderstandings between the group and the Police, among others.

He said FixTheCountry campaign is not a nine-day wonder, “it is a campaign that has acquired a life of its own, and it is something that does not stop after a demonstration and, therefore, people need the opportunity to have the conversations and be able to digest whether it is something that they want to be part of in a long hall and I think that the lapse in time has given us that opportunity,”

Speaking on JoyNews’ AM Show on Tuesday, Yakubu Hardi said the group is set to hit the streets of Accra on Wednesday, August 4, 2021, as it finally secures permission with an assurance from the IGP to protect protesters.

According to him, millions of tweets have been sent out, stressing that, “it has given us the opportunity to digest all the issues that were raised about fix the country.”

Mr Hardi is optimistic that, “those who will be coming out tomorrow are people who have a deep understanding of all the issues and have chosen to stay with it, and these are the quality numbers that any campaigner would need.”

He, however, noted that although the group has a huge following on social media, they are not expecting every one of them as the distance may be a barrier to many.

The Fighter General also apprised that the campaign is moving from social media to the ground to “give physical expression to the virtual expressions and frustrations that people have shown.”

“What we need are people who have chosen despite the frustrations that we’ve gone through with the Police, to stay with the cause and these are the numbers that we would want to deal with because these are people who no matter what happens are ready to stand for the country and make sure that nothing stops them on the way.”