Football fans call on African Origin and Sports Tourism CEO to lead them to FIFA. - MyJoyOnline.com

Football fans call on African Origin and Sports Tourism CEO to lead them to FIFA. 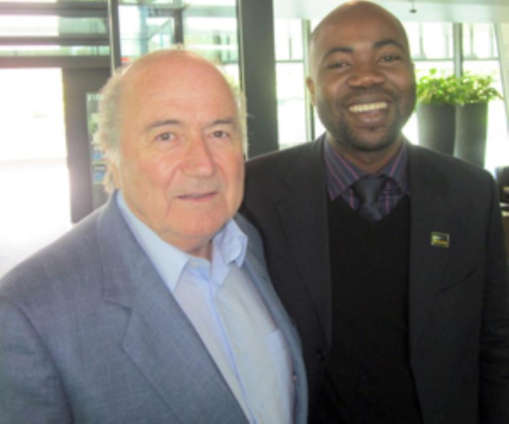 Hundreds of Football Fans besieged the premises of the African Origin Travel and Tour offices on Thursday to petition the Group Chief Executive of African Origin Group Limited, Samson Deen to lead their campaign to the Headquarters of FIFA in Switzerland.

The fans were refused visas to visit Canada for the ongoing U-20 World Cup, and as a result, they embarked on a demonstration Wednesday through the principal streets of Accra to protest the decision.

The petition to the 2013 Travel and Tour best entrepreneur comes as a result of his good relationship with the football governing body and his rich experience globally when it comes to sports tourism, the leadership of the group tells JOY Sports.

Meanwhile, the aggrieved Ghanaian supporters have already petitioned FIFA on Tuesday according to the group’s lawyer, Tetteh Wayoe.

“We have already communicated to FIFA and our case has been forwarded to the legal department of the World ruling outfit for the needed response,” he said.