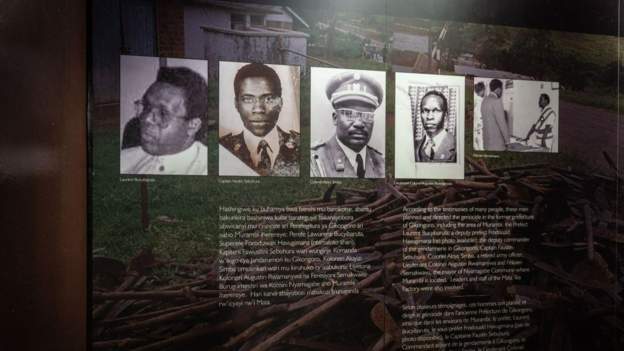 Laurent Bucyibaruta (left) was the prefect of the southern province Gikongoro

Former Rwandan official Laurent Bucyibaruta has gone on trial in France for his alleged role in the 1994 genocide where more than 800,000 people, mostly ethnic Tutsis, were killed by Hutu militias.

Mr Bucyibaruta is one of the most senior figures to face court in France, where activists have long campaigned for him to stand trial.

The suspect was brought to the courtroom in a wheelchair as he is suffering from ill-health.

Mr Bucyibaruta is accused of attending and participating in several security meetings when the killings were allegedly planned.

He is accused of orchestrating the killing of thousands of people in the southern province of Gikongoro. He denies the charges.