Future Zoom users will be able to smell the virtual coffee 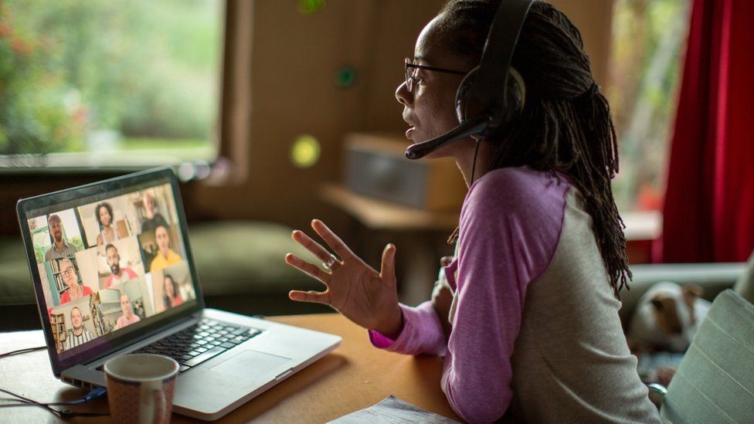 People in video meetings will, in future, be able to feel their hands being shaken and smell coffee in their virtual space, the founder and CEO of Zoom has predicted.

Eric Yuan was speaking at the Web Summit tech conference.

He also said he thought many workers would not return full-time to the office after the pandemic.

Future Zoom users will be able to smell the virtual coffee https://t.co/Yd531BFXSD

Unsurprisingly perhaps, he argued that video meetings were here to stay, stating that the pandemic had demonstrated that “it works” – despite Zoom’s share value plunging following the first announcement about Pfizer’s Covid-19 vaccine. He said that for office-based staff, coming in for maybe two days a week could become the norm.

“The world will become a hybrid [workplace], and I think that’s a world we have to embrace,” he said.

However, he hinted that even he had experienced “Zoom fatigue” after attending 19 video meetings in one day.

“Yeah, that was pretty much,” he said.

Mr Yuan said he ended every day with a 15-minute period of meditation in which he contemplated what he would do differently were he to start the day again.

He described Zoom’s phenomenal growth in 2020 – the firm is forecast to have hosted three trillion minutes of meetings by the end of the year – as something he had never foreseen.

It also brought immediate scrutiny as issues such as privacy and security were thrust under the spotlight when people started experiencing so-called zoombombing – people gatecrashing calls.

“We had to evolve as quickly as possible,” he said.

The firm started life as a business software vendor before being flooded by consumers when the pandemic struck.

Mr Yuan admitted it had been difficult to attract funding when he began his start-up in 2011.

“I don’t remember how many rejections there were – too many,” he said.

“If I was a VC [venture capitalist] I’m not sure I would have funded this either.”

But when Zoom was launched on the New York stock market in April 2019 – Eric Yuan admitted ringing the iconic bell had been a lifelong dream – it was valued at $9.2bn (£6.8bn).

It is perhaps in part a credit to his own tenacity – he was famously refused a US visa eight times before he finally moved from China to Silicon Valley in 1997.

Despite an estimated personal fortune of over $18bn, Mr Yuan says he doesn’t believe his life has changed.

“I look at myself, my family, the way I work or play and I don’t think anything has changed,” he said.

“Zoom is still Zoom, I am still myself – I work more hours but I enjoy that.”

DISCLAIMER: The Views, Comments, Opinions, Contributions and Statements made by Readers and Contributors on this platform do not necessarily represent the views or policy of Multimedia Group Limited.
Tags:
Eric Yuan
Virtual coffee
Zoom