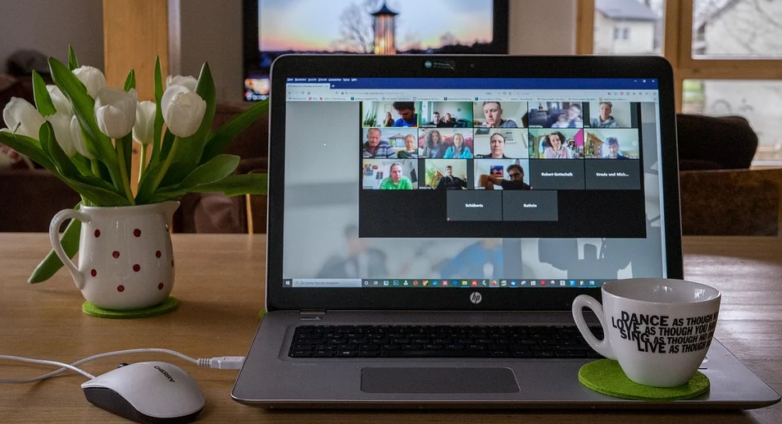 From Zoom to Vowel?

Are you feeling Zoom fatigue? Well, this new alleged Zoom killer could make things so much better. Or worse.

My email inbox was adorned with the headline: “Zoom Killer Launches.”

Yes, it was written by a PR person, but I know several real people who would gladly see Zoom be melted down by a humanoid Robocop of sanity.

So my innards palpitated at how this alleged Zoom killer solved the problem.

I began to read the email: “Vowel is not just another Zoom-like video conferencing solution where people simply put a face to a voice call.”

A thousand hosannas. A million Hail Marys. This is a breakthrough. Wait? Vowel? It’s called Vowel? Like bowel but with a V? Rhymes with “foul”?

“What are you doing today?”

“I’m Voweling with my doctor.”

If you get cut off, will it be a disemvoweling?

I eagerly read on. “Vowel is more like a Slack where users/teams ‘live’ and can pre-plan, host, record, transcribe meetings.”

If there’s one thing that so many have wished for over the last few months, it’s that Zoom would be more like Slack.

Slack, after all, has filled the world with the joys of, well, endless Slack messages that seem to drag the mind toward an infinite loop of corporate and corporeal misery.

You live on Slack. You live with Slack. Your brain goes slack.

But wait, I’m being uncharacteristically unkind. Vowel is like a video conference with the minutes being generated before your eyes for permanent reference.

Or, as Vowel puts it, the service “acts a repository for all meeting info so it’s fully searchable post-meeting, whether you attended the meeting or not.”

Of course, you could just ask someone what happened in the meeting, but where’s the fun in that when you can search endlessly for the one snippet that will change your day?

Perhaps, though, you’ve been disturbed this week by news of a TV personality who seemed to believe you can be on a Zoom meeting and simply mute it to become invisible.

Helpfully, a Vowel video offers a solution: “Sensitive subject? Anyone on the call can pause recording at any time.”

You mean when the CEO is talking utter bilge again?

I’m not sure I want everything I say in meetings to be instantly transcribed and kept for posterity to snarl at. Everyone says silly things in meetings at least once or twice.

Do you want your whole company to pore over the transcription and snort?

I’m disturbed by the idea that Vowel is yet another tool where “users/teams live.” After all, some companies have actually instituted policies where remote employees have to be on Zoom all the time.

I want to live in the real world, the one that’s outside of a screen. Isn’t this just another way of being dunked inside a computer screen forever?

I also worry about the way Vowel scoffs at Zoom: “When most of us went remote, we embraced solutions like Zoom as a professional and social lifeline, with all of its limitations — it’s low quality transcription, it’s clunky UI/UX, etc. [the apostrophes are Vowel’s own]. It worked for a hot sec, but the returns quickly diminished and we’re all now running in the other direction to avoid Zoom Fatigue.”

Perhaps those who have already been submerged in Zoom or Microsoft Teams will be all too willing to run in Vowel’s direction, even if both Zoom and Teams are trying to make their own services more useful and less tiring.

More often than not, isn’t it people who make meetings better, rather than technology?

DISCLAIMER: The Views, Comments, Opinions, Contributions and Statements made by Readers and Contributors on this platform do not necessarily represent the views or policy of Multimedia Group Limited.
Tags:
Microsoft
Vowel
Zoom