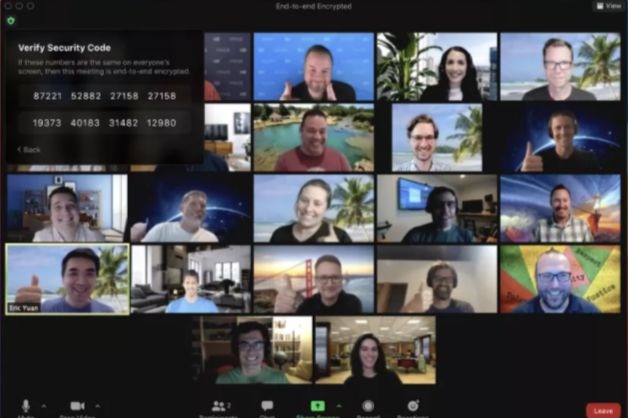 Zoom’s end-to-end encryption (E2EE) has arrived, letting both free and paid users secure their meetings so that only participants, not Zoom or anyone else, can access their content.

Zoom says E2EE is supported across its Mac, PC, iOS, and Android apps, as well as Zoom Rooms, but not its web client or third-party clients that use the Zoom SDK.

E2EE has launched in technical preview, which means Zoom is asking for feedback on the feature for 30 days. However, the company says that E2EE will continue to be available after this period. Instructions on how to enable it can be found in Zoom’s help center.

Once E2EE is enabled, you can check Zoom is using the more secure kind of encryption using the green shield at the top left of a meeting window. The shield will show a padlock rather than a checkmark if the meeting is encrypted end-to-end.

Although E2EE meetings are more secure, they don’t work with a few of Zoom’s features. These include its cloud recording, live transcription, polling, meeting reactions, and join before host features. Participants also won’t be able to join using “telephone, SIP/H.323 devices, on-premise configurations, or Lync/Skype clients,” as Zoom says these can’t be end-to-end encrypted.

Zoom’s E2EE meetings support a maximum of 200 participants. That won’t affect users on Zoom’s Basic or Pro plans, which max out at 100 participants, but it could be a problem for Business or Enterprise subscribers which would otherwise allow for up to 300 or 500 participants.

This initial launch is just the first of four phases Zoom is planning for its end-to-end encryption offering. The next phase, which is scheduled to include better identity management and support for single sign-on, is currently planned to launch next year.

DISCLAIMER: The Views, Comments, Opinions, Contributions and Statements made by Readers and Contributors on this platform do not necessarily represent the views or policy of Multimedia Group Limited.
Tags:
End-to-end encryption
videoconferencing
Zoom