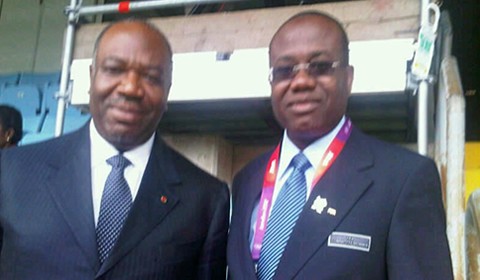 Mr. Bongo paid a glowing tribute to the Ghanaian leader who died on Tuesday hours after being taken ill.

Mr. Bongo, who is in London to watch his country’s U23 football team at the Olympic Games, met Nyantakyi on Sunday to express his condolences to the people of Ghana.

The Gabonese leader said Africa has lost a great leader that its people should be very sad.

“Your President Mr. Mills was a good man. He was humble and was very keen on the development of the entire continent of Africa,” Mr Bongo told Nyantakyi, who is working for FIFA as a Match Commissioner at the Olympic Games in London.

“His contributions to key discussions at the AU will be missed and the people of Gabon are mourning with our brothers and sisters in Ghana.”

Mr. Bongo revealed that he could not meet Atta Mills in their recent AU meeting as he would have discussed matters of common interest to both countries.

The late Ghanaian leader will be buried in Accra next month.