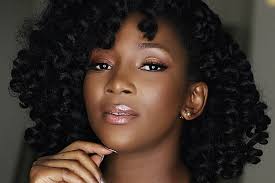 Nigerian actress Genevieve Nnaji has debunked rumours that she struggles with her mental health.

The actress on Wednesday shared a video of herself on Instagram, painting at an undisclosed location.

She was seen wearing a bucket hat and looked at the camera when it landed on her and her art.

Rumours that the actress may have some challenges went rife after failing to celebrate her 40th birthday on Instagram.

The speculations ran wild when she unfollowed everyone and deleted all her Instagram posts.

This prompted the Actors Guild Nigeria to react, stating that although they are unaware of the Lionheart actress’ condition, they promised to make some inquiries.

Although the rumours may not be accurate, Genevieve Nnaji may still have some issues she’s willing to keep out of the public domain.

In a report by Vanguard Nigeria, a close friend of the actress and blogger, Stella Dimokokorkus, revealed the actress has some medical condition.

However, she added that it might not be as stretched as the public has been speculating.

“Nollywood actress Genevieve needs love and prayers to overcome what she’s going through and not the breaking news to allege that she’s down because of drug overuse,” she wrote on social media.