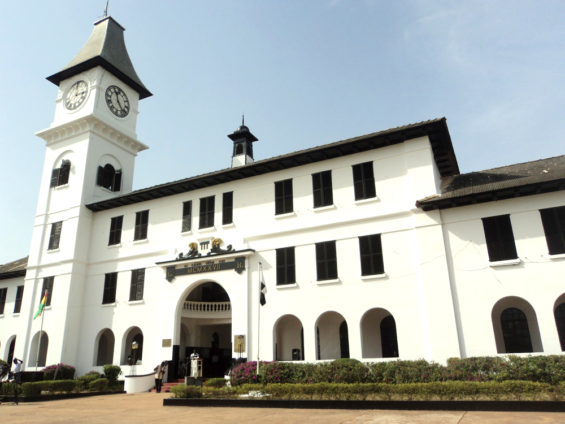 A lawyer with the Rastafari Council, Ras Tetteh Wayo says the Ghana Education Service (GES) has backtracked on its initial directive that instructed the Achimota Senior High School to accept 2 students with dreadlocks.

This follows the refusal of Achimota School to enrol the 2 rastafarian students because of their dreadlocks.

According to Ras Wayo, following the GES directive on March 20, the Service called for a meeting with all the concerned parties i.e. the parents of the students and the headmistress of Achimota Senior High School.

Speaking on The Pulse, Ras Tetteh Wayo revealed that during that meeting with the GES, the Service sided with the headmistress of Achimota and backtracked on their initial directive, stating that the purpose of the statement released by the Service was to quell the public outburst on the issue. .

“It was the GES that called for the meeting for the 2 parties, i.e. the parents of the students and the Headmistress of Achimota School…and one of the GES’ deputy directors who chaired the meeting was clear that that was just to quell the media outburst and to bring a bit of calm environment in the country.

He further stated that the GES “publication we all saw some few days was a façade, a fluke”.

“It was just to deceive the citizens of this country to believe that the GES is going to restore peace. So Ghana should be aware of how the matter has now unfolded and at this meeting, GES supported the position of Achimota headmistress.”

Mr Wayo said that the GES in the meeting stated that it stands with the headmistress of Achimota School that the 2 students have been admitted, but they must cut off their dreadlocks in order to enrol.

He stated that Rastafari Council is shocked by the GES’ reaction and thus they will look at other ways of resolving.

The GES on Saturday instructed authorities of the Achimota School to admit the two first-year students who reported on campus with dreadlocks.

The directive followed the massive debate on social media after reports that the school had refused to admit the children although they gained admission.

Many Ghanaians were not pleased with the school’s decision to not admit the student even though the constitution demands that no person should be discriminated against.

However, following the GES directive the National Association of Graduate Teachers (NAGRAT) called on the GES to reverse its directive to Achimota School.

Speaking at a press briefing, the President Mr Angel Carbonu said that the directive from GES to Achimota School threatens conformity and discipline in schools.

Meanwhile, Achimota School has also rejected the directive stating that the school will not compromise on its school rules.

However, the Rastafari Council says it is willing to use other avenues to ensure that the students will be given the chance to pursue their education without compromising on their belief.

“It is really a disservice to this country that managers of institutions can sometimes deceive the entire nation. It reduces their reputation, it reduces the trust we have in this public institutions and that alone gives us the leverage to look at another alternatives.”

DISCLAIMER: The Views, Comments, Opinions, Contributions and Statements made by Readers and Contributors on this platform do not necessarily represent the views or policy of Multimedia Group Limited.
Tags:
Achimota School
Rastafari Council
Rastafarian students