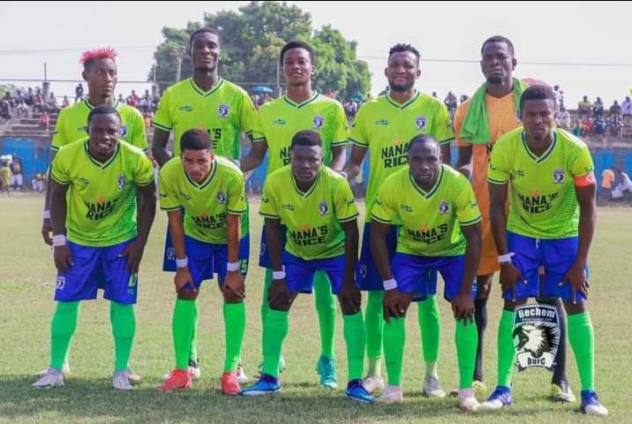 Bechem United beat Medeama Sporting Club with a 3-2 score in the first semi-final game of the 2022 GHALCA G6 tournament to book their place in the final.

Cephas Mantey scored the opening goal of the game just 12 minutes after kickoff. The forward latched onto a well-timed pass from Clinton Duodo before hitting the ball past Kofi Mensah in goal for Medeama.

Despite Medeama posing a spirited performance in the last 15 minutes of the opening half, it was Bechem who went into the break with a 1-0 lead.

10 minutes into the second half, Rashid Nortey scored from the penalty spot to give the Tarkwa-based side the equaliser.

The midfield maestro made no mistake from the spot, sending the keeper the wrong way as his side got back into the game.

However, Mantey restored the lead with his second of the game for the Hunters five minutes later. He tapped into the net from a rebound after his initial effort came off the post.

Bechem’s lead was extended in the 72nd minute after skipper Kofi Agbesimah converted from the spot to make it 3-1.

With just a minute until full-time, Medeama pulled another goal back but it wasn’t enough to take the game into extra time as the match ended 3-2.

The Hunters will face the winner of the game between Great Olympics and Berekum Chelsea.

DISCLAIMER: The Views, Comments, Opinions, Contributions and Statements made by Readers and Contributors on this platform do not necessarily represent the views or policy of Multimedia Group Limited.
Tags:
Bechem United
GHALCA G6
Medeama