Ghana beat Togo in international friendly at the Accra Festival

Ghana won the friendly international match against Togo 17 – 0 at the Accra Festival held at the Accra Sports Stadium on Saturday 24 October 2015.

The friendly was one of the various matches that included a men 7s tournament, a ladies 7s match and a boys 7s match.

The festival started with an opening speech and inspection of teams by Mr. Chester Anie, the guest of honour, gracing the women 7’s match between Cosmos and Titans which started with thrilling quick runs and serious tackling from both sides.

With all expectations from the crowd in favour of Cosmos, it became a surprise when Abigail Dzameshie from Titans scored the first try. Unfortunately the conversion did not go through.

Cosmos, seeing the danger ahead scored 2 tries (Khadija and Sandra) before the halftime. On resumption, Cosmos scored 2 more tries (Georgina Nudziekpor and Anita Atieku) and it was not till the last minute that Titans scored their second try (Praise Dzogbewu). There were no successful conversions and the match ended 20-10 in favour of Cosmos.

The men 7s was played between six teams including five teams from Accra namely Accra Sharks, Cosmos Buffaloes, Dansoman Hurricanes, Idas and Titans and one team from Cape Coast, Griffons with the following results:

Cosmos Buffaloes won the finals of the tournament by beating Titans 22 – 7.

The main feature of the day was the international friendly between Ghana and Togo. The teams came out of the change rooms and without any time to waste, they sang their respective national anthems while Mr. Anie again inspected the teams.

With massive support from the home crowd Ghana took the lead with a try from Michael Acquaye (Bruno) and a conversion by Rabiu Mohammed. Togo from then on did everything they could to prevent anymore tries but Ghana kept pushing till they got a penalty which was converted by Rabiu. Just after recess, Ghana scored another try (Theophilus Opai) and a conversion by Rabiu.

In his welcome address Mr Chester Anie, a public relations and brand management consultant, called on the youth to get involved in rugby which is more profitable than engaging in social vices.

Mr Anie, who is also a lawyer by profession, said rugby is not only about physical strength but also demands mental abilities, as well as teamwork which are important for personal development.

Mr. Abdul Aziz Issah, General Secretary of the GRFU, said the Ghana-Togo friendly was meant to establish a relationship with Togo and this, he revealed, would be extended to other West African countries.

Mr Steve Noi, Tournament Commissioner of the GRFU, also congratulated the winners and all participating clubs, and urged them to prepare adequately for the upcoming Ghana Rugby Club Championship (GRCC) slated to kick off in November.

President of Ghana Rugby, Mr. Herbert Mensah, who is in London to attend the World Rugby General Assembly, said that he was delighted with the successful outcome of the Accra Rugby Festival and expressed the belief that it will grow from strength to strength.

“I had fruitful discussions with other Presidents of West African Rugby about building on this foundation and foresee that regional cooperation in the interest of Rugby may soon be structured in a more formalised way,” Mr. Mensah said. 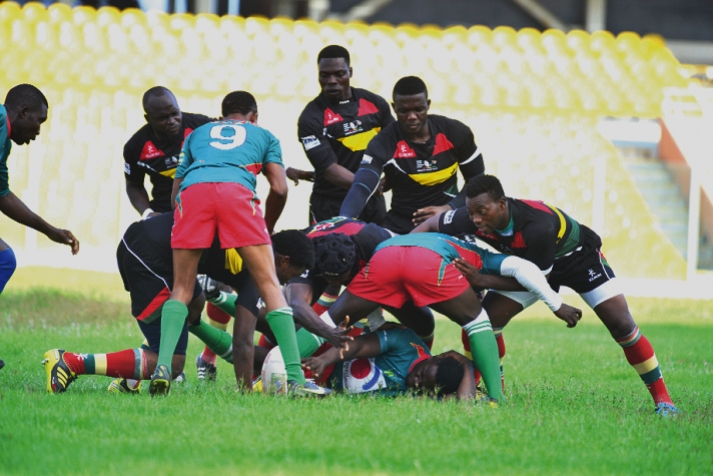 Ghana (black jerseys) and Togo battle for the ball in a ruck. Ghana won the friendly international 17 – 0. 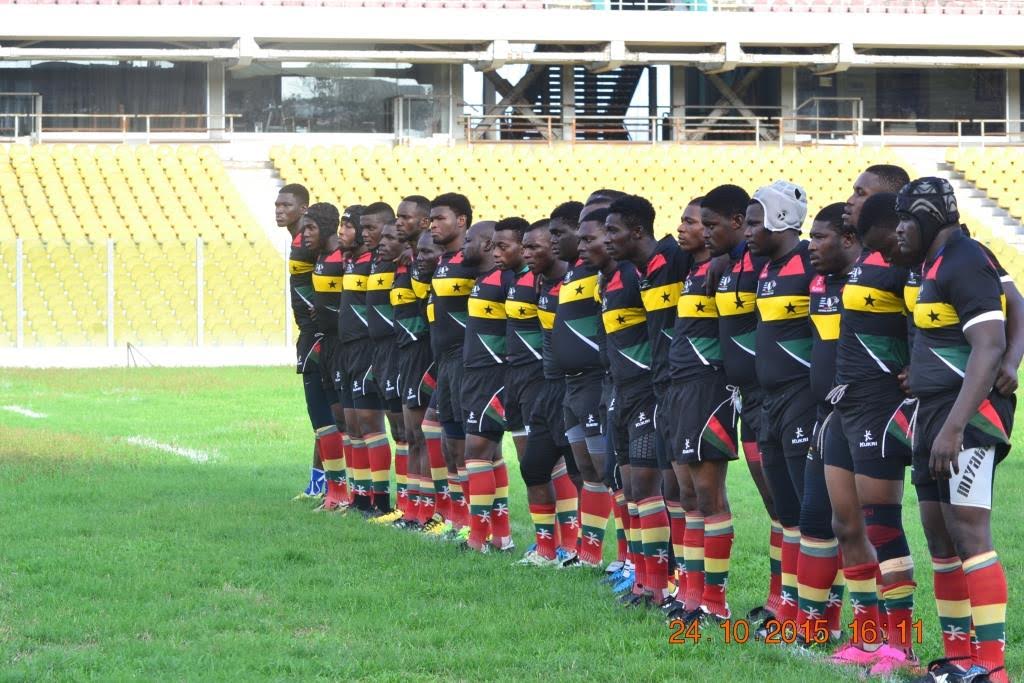 The Ghana national team lines up for the singing of the National Anthem. 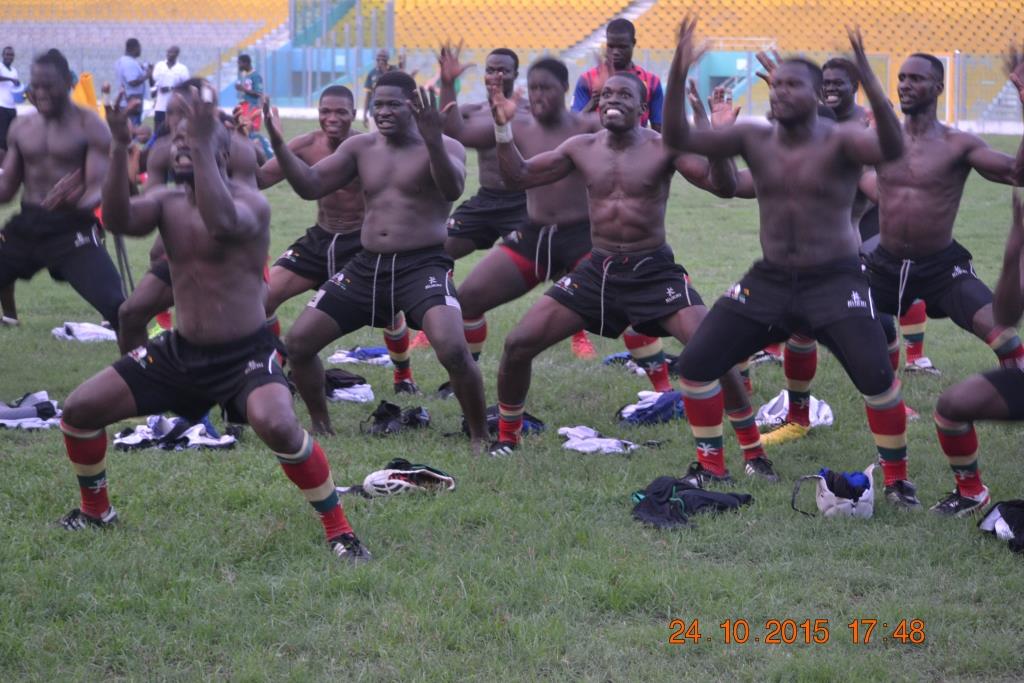 The Ghana national team performing their version of the “Haka”. 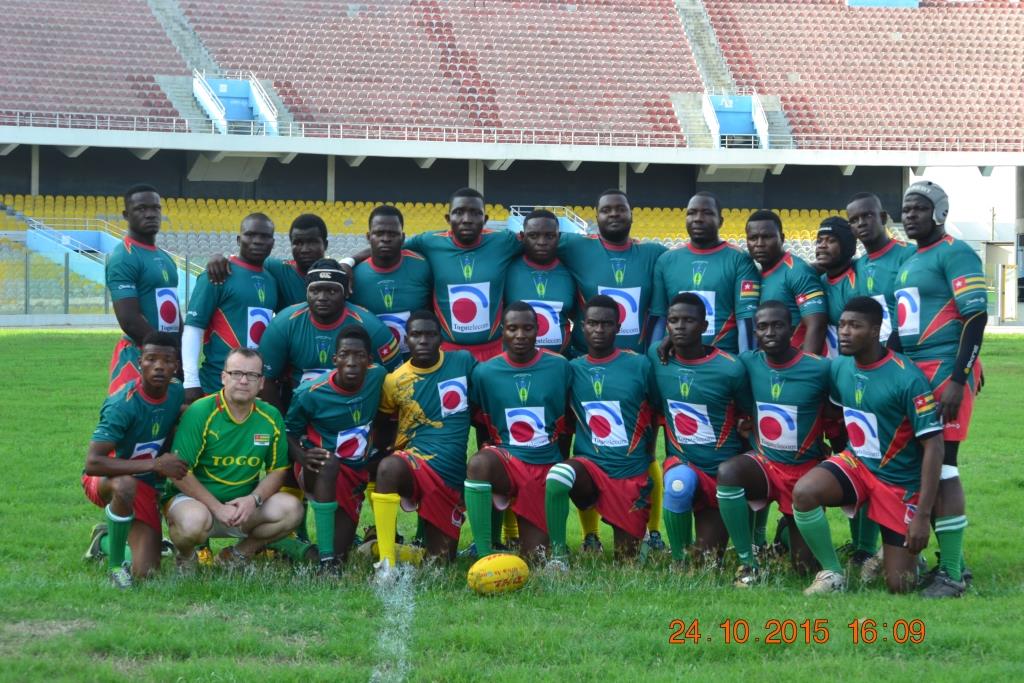 The Togo national team that competed with Ghana in the international friendly at the Accra Rugby Festival. 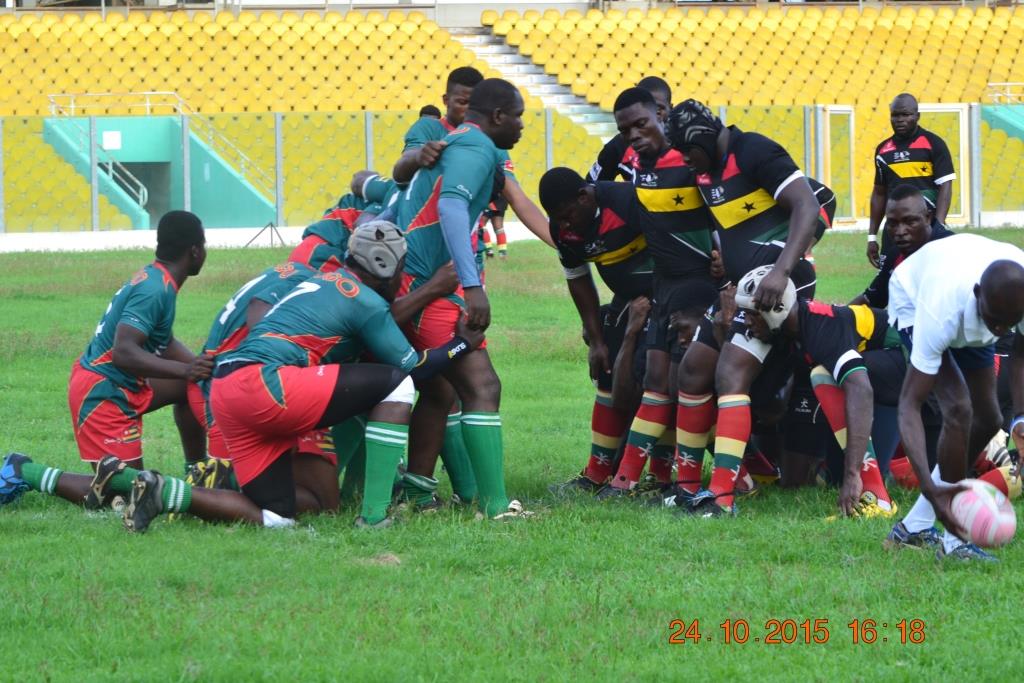 The two teams, Ghana and Togo, setting up a scrum. 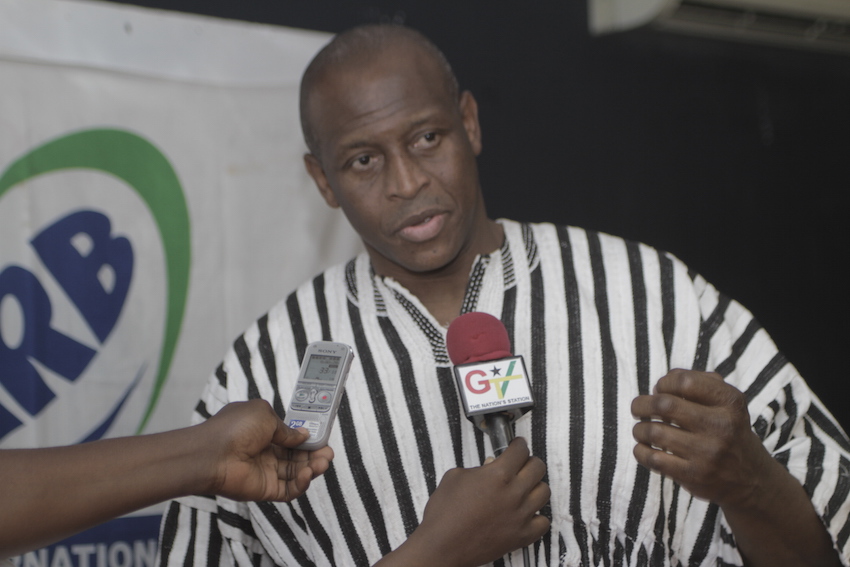 Mr. Herbert Mensah, President of the Ghana Rugby Football Union (GRFU), initiated the Accra Festival to include Rugby matches by men, women and boys – a first in Ghana. He also organised the international friendly between Ghana and Togo with the President of Togo Rugby, Mr. Modeste Akassan. 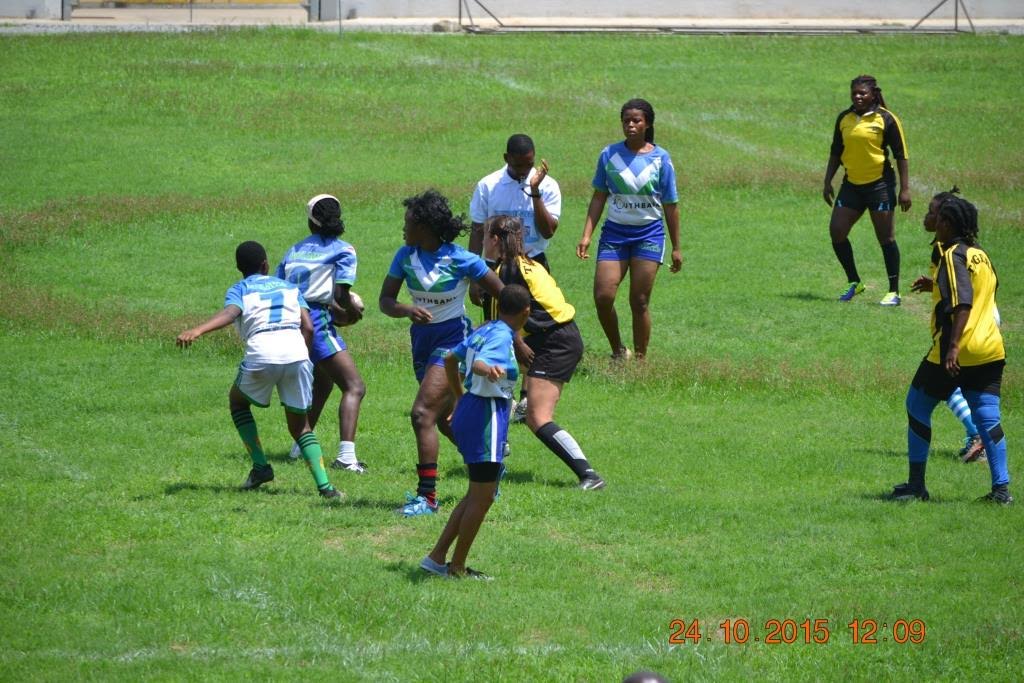 The woman 7s teams taking part in the Accra Festival. 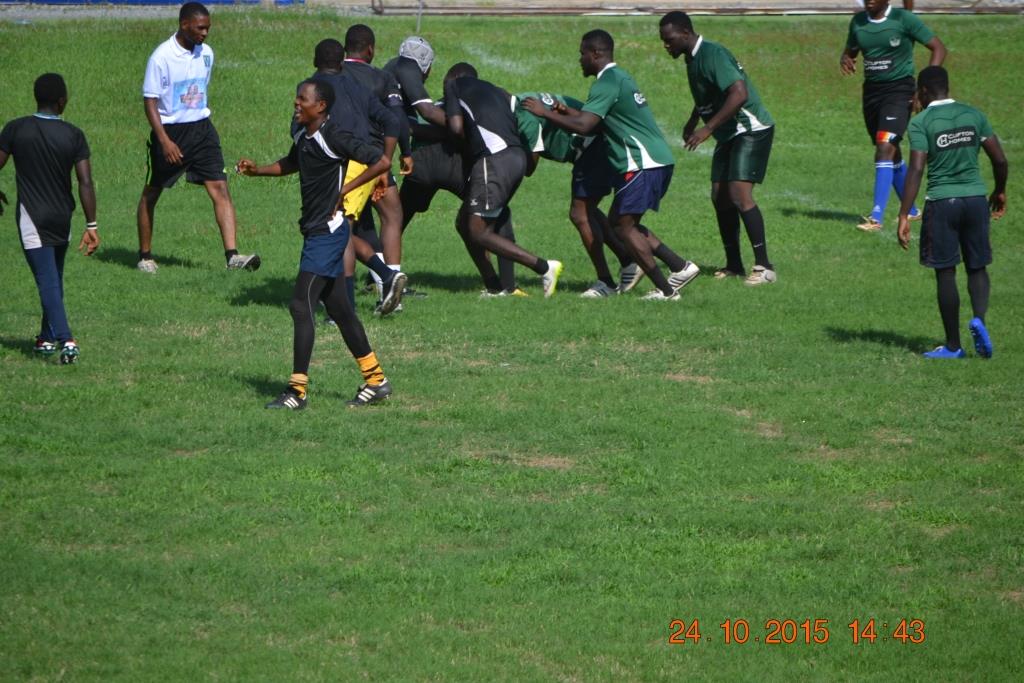 One of the men 7s matches played at the Accra Rugby Festival.