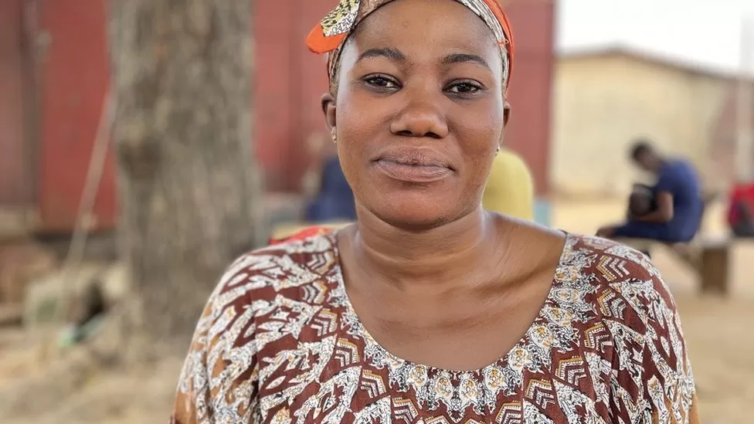 The 33-year-old Ghanaian has been hit twice over by her country’s economic woes. First, Covid-19 restrictions ended her work as a make-up artist and now rising prices have choked off her fledgling chilli-sauce business.

These are problems that have hit countries across the globe, but for Ghana, with one of the worst performing currencies in the world this year and worryingly high levels of debt, the outlook for Ms Yoobi is unlikely to improve any time soon.

Ghana is a major producer of gold and cocoa, but its once-booming economy has run into trouble and the embattled finance minister is facing a parliamentary enquiry.

It has also gone to the International Monetary Fund (IMF) for help, which might then demand tough spending cuts.

The sauce entrepreneur is in a reflective mood as she tries to cool down in the shade of a towering neem tree near her home in Kpone Katamanso district, southern Ghana.

The cost of oil, ginger, onions and even chilli peppers – the key ingredients of her red-hot sauce – have all increased. For example, since June last year a 20-litre can of oil has gone up from around $16 (£13) to $85, she explains.

“When people make orders and I tell them I have increased the prices, then they cancel them. You know times are hard,” she shrugs. As a single parent, the chilli-sauce business was her family’s main source of livelihood.

She wants the government to make life easier for entrepreneurs by, for example, lowering the cost of registering a business.

But also “if the government can set up a committee to regulate price increases it will help us”.

The chances of that are slim as there is no money available to pay for subsidies.

To describe Ghana’s economy as struggling is not the view of commentators shouting from the sidelines, but of the president himself.

“We are in a crisis, I do not exaggerate when I say so,” President Nana Akufo-Addo said in a sombre televised address at the end of last month when he talked about measures to deal with the problems.

He blamed what he called “malevolent forces” from outside – Covid and Russia’s invasion of Ukraine – but the country’s high debt levels and continued dependence on imports for many essential goods have presented particular difficulties for Ghana.

In 2006, after Ghana came out of a special IMF and World Bank debt-relief programme, the country’s debt amounted to 25% of its GDP. Now that figure stands at nearly 80%.

The government anticipated a windfall after it started exporting oil in 2010 and began borrowing money to pursue ambitious flagship programmes such as free senior-school education. But critics say the money was frittered away.

The rise was down to three key things, according to University of Ghana economist Adu Owusu Sarkodie writing in The Conversation.

Firstly, state-owned enterprises have needed government help to pay energy bills, then a financial sector clean-up left the authorities with a huge bill to compensate customers of defunct banks and finally Covid led to a fall in government revenue and an increase in spending.

The borrowing come at a cost as the state has to make larger interest payments. At the moment, the government is spending more than 65% of the money it receives in revenue on servicing the debt.

This has had an impact on the money available for basic services and has meant that many new projects have been suspended.

The country has also been hit by its currency, the cedi, depreciating against the US dollar.

This is partly due to the strength of the dollar caused by increases in US interest rates, but the cedi has performed particularly badly, losing more than half its value this year, as the government has been unable to borrow more dollars to shore up reserves and some investors have pulled out.

For the ordinary person, this means that all imports that are priced in dollars, including fuel and raw materials, have become more expensive. As a result, annual inflation – the rate at which prices increase – hit more than 40% in October.

In recent weeks people have taken to the streets to demand more government help.

The depreciating currency is hurting businesses that rely on imports.

Kormi Courage Amese runs a printing company and imports most of his inputs such as paper and ink.

The falling value of the cedi has meant that quotes for jobs that he now gives are only valid for seven days, rather than the previous 30, as prices are changing so quickly.

“So, in a lot of instances our clients will rather hold back from making an order and this is significantly affecting our revenue,” the 35-year-old says.

Amid all this, pressure has been mounting on Finance Minister Ken Ofori-Atta with calls for his dismissal coming from members of his own party as well as the opposition.

Some say he made the crisis worse by delaying an appeal to the IMF.

In February, the minister dismissed the idea, saying that Ghana was “a proud nation”. But now the country is once more negotiating a deal with the IMF to help stabilise the economy.

But there are concerns that the IMF will introduce some tough conditions in exchange for helping out, including cuts in spending which could have a disproportionate effect on the poor.

The government has started to introduce some short-term measures that could help the situation.

President Akufo-Addo blamed speculators and illegal forex traders for the collapse in the value of the currency. As a result, he has asked the central bank to step up efforts to clamp down on their activities.

He has also cut salaries for ministers and other government appointees – though it is not clear how much money that will save.

To help government workers deal with the rising cost of food, the agricultural ministry has started to transport foodstuffs from rural areas and sell them cheaply in Accra.

But some argue that there are fundamental problems with the economy that will take time to solve.

Prof Godfred Bokpin of the University of Ghana argues that the government should be restructured to avoid unnecessary duplication.

He also says that the international markets must see a government willing to take practical measures to overcome the problems in order to build confidence.

“That urgency assures the market that you are willing to do everything possible to calm the market. Here we have the president saying let’s give the minister of finance time before he sacks him – even if he will ever do.”

For Bright Simons, the deputy head of policy think-tank Imani Africa, the government should admit that the root cause of the problem lies in Ghana rather than with the Russia-Ukraine war or Covid.

He wants a review of spending by a “competent, highly independent panel” to be undertaken.

This would “prune the budget” of unnecessary spending, Mr Simon says.

“By so doing, there would be no need for the central bank to continue conjuring money from thin air for the government to spend, which is the main driver of inflation, and, consequentially, the currency crisis.”

He also wants the country’s debts to be restructured to give the government some breathing space in repaying the loans.

Other suggestions include developing better local industries which could help replace imports and reducing taxes on fuel to make it more affordable.

There are no shortage of ideas for those in power to ponder, but what seems clear is that there are no easy ways out of the crisis to help the likes of chilli-sauce maker Ms Yoobi.

As Foreign Minister Shirely Ayorkor Botwey put it recently: Ghana has to “either impose IMF-guided austerity, potentially leading to labour retrenchment and accompanying social instability… or home-grown yet equally tough decisions to satisfy the markets”.

DISCLAIMER: The Views, Comments, Opinions, Contributions and Statements made by Readers and Contributors on this platform do not necessarily represent the views or policy of Multimedia Group Limited.
Tags:
Chilli-sauce
Ghana Economy