Economy is not collapsing; we are in difficult times – Stephen Adei 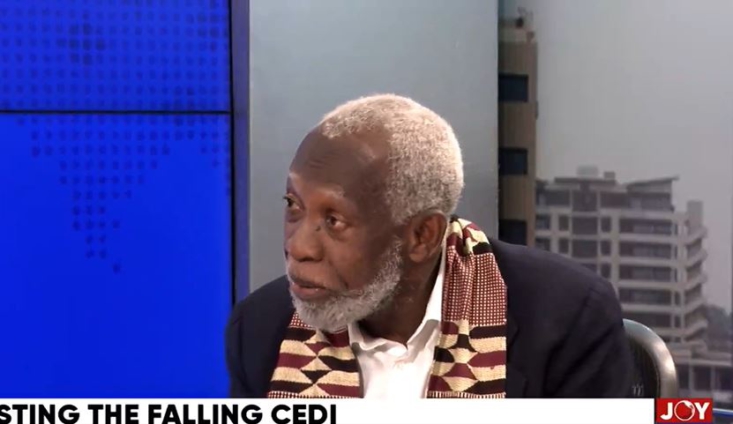 An Economist and former Board Chairman of the Ghana Revenue Authority (GRA), Professor Stephen Adei has refuted claims that Ghana’s economy is on the verge of collapse.

Speaking in an interview on JoyNews’ Upfront, he said the economy is not collapsing but “we are in difficult times.”

According to him, the country’s economy is stronger “than the word broke.”

His comment comes after an economist with the University of Ghana Business School (UGBS), Prof. Godfred Alufar Bokpin, warned of possible collapse of Ghana’s economy.

Speaking on the Super Morning Show, Prof. Bokpin reiterated that as the country’s debt stock hits high distress levels, the current debt situation could get worse by the end of September if proper interventions are not implemented.

“If you are exceeding your income, then you must accept to live below your income, which is the easy way, otherwise if you are earning GHC3,000 and you are in debt of GHC10,000 you cannot day to day spend GHC3,000. For you to get out of the rag you will have to cut your expenditure to GHC2,000 because you must service your debt. So we are in that situation as a country,” he said.

He explained that although cutting of expenditure might be difficult for the government, especially nearing an election period, that is the right way to go.

“…And they [government] must thank God that this crisis has come now and not 2023, because if they don’t go for the hard one now, which normally will take about 18 months to go over this type of hunch, then they have a good chance by the middle of 2023 to see some good results in 2024. If not, things would get worse and they want to prevent being thrown out of government, they would be thrown out anyway,” he said

DISCLAIMER: The Views, Comments, Opinions, Contributions and Statements made by Readers and Contributors on this platform do not necessarily represent the views or policy of Multimedia Group Limited.
Tags:
Ghana Economy
Professor Stephen Adei