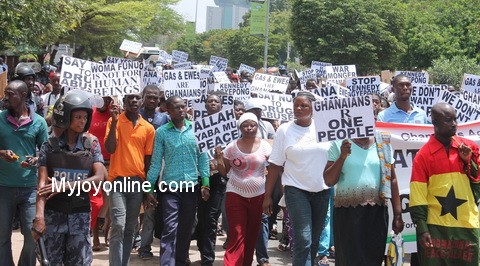 Ghana has been ranked a less peaceful country on the Global Peace Index.

In the 2012 ranking released just yesterday, Ghana is ranked the 50th most peaceful country in the world, having dropped eight points from its previous 42nd position last year.

Published by the Institute for Economics & Peace, the index tries to measure what it calls peacefulness.

This is the sixth report by the Institute for Economics and Peace.

According to the institute, the world has become more peaceful for the first time since 2009. But it appears Ghana failed to follow suit.

The current ranking is the worst since the immediate aftermath of the 2008 elections when the country was ranked 52nd in 2009.

Ghana had since been improving steadily on the ranking and was ranked 42nd last year but retrogressed markedly this year.

It is unclear if the researchers took into consideration the recent communal clashes in some parts of the country which have claimed as many as fourteen lives.

Iceland was ranked the most peaceful country in the world and Somalia, the worst.