Defence Minister Domnic Nitiwul says Ghana remains vulnerable to the threat of terror attacks despite indications the country is safe.

He told Parliament Wednesday, "Ghana is not as safe as we think."

Mr. Nitiwul was contributing to a statement on the floor of parliament by North Tongu MP Samuel Okudzeto Ablakwa on global terrorism.

Mr. Nitiwul says the security agencies are increasing patrols along the borders and expanding intelligence sharing as part of efforts to keep the country safe.

He urged citizens to report suspicious activities of persons and groups including religious groups.

While there have been no recent attacks in Ghana, terror groups in West Africa have demonstrated their capability and intent by mounting attacks. 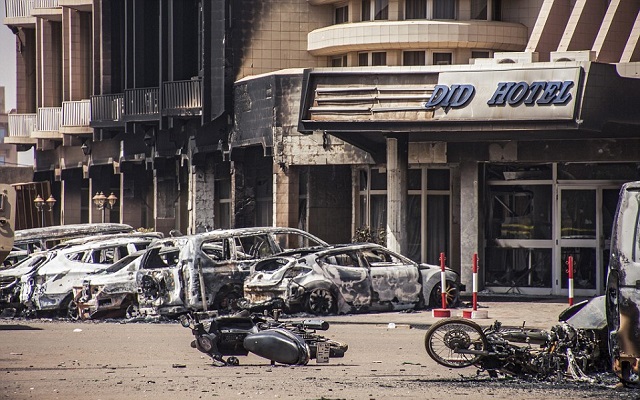 Groups associated with al-Qaida in the Islamic Maghreb (AQIM), Islamic State of Libya and Islamic State West Africa (ISWA) present a threat to the wider region.

In 2015, a 25-year-old graduate of the Kwame Nkrumah University of Science and Technology (KNUST) Nazir Nortei Alema left the country to join the swelling ranks of the Islamic State in Iraq and Syria (ISIS), a terrorist organisation.

With a degree in Geography and Rural Development, he is one of the 10 suspected Muslim youth from Ghana who have finally taken the decision to join the terrorist grouping,

Mohammed Nazir Nortei Alema was reportedly killed in battle in the Syrian city of Homs in 2016.

According to sources close to the family, another Ghanaian ISIS recruit who gave his name as Mr Yusif, a graduate of the University of Mines in Prestea, announced Mr Nazir’s death to the family through an email.