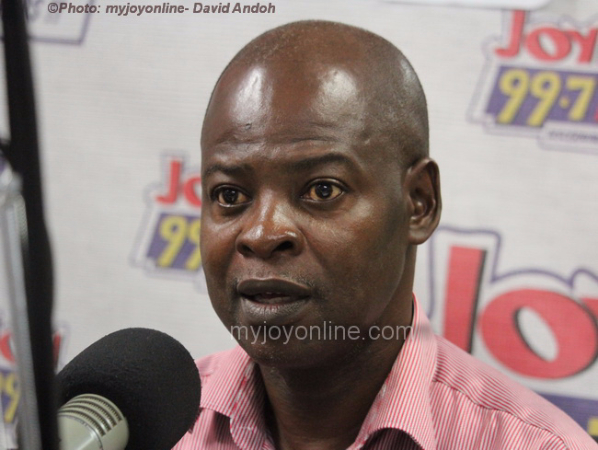 Ghana is likely to miss the deadline for the establishment of Beneficial Ownership (BO) disclosure regime, in spite of achieving global recognition for making the fastest progress in the shortest possible time in September 2017.

This was disclosed at a two-day Civil Society Organisations (CSOs) training session that focused on the typology and nature of corruption risks in Ghana’s extractive sector, Beneficial Ownership Disclosure, and Petroleum Contract Analysis.

Beneficial Ownership in respect of a company is the state whereby a person directly or indirectly ultimately owns a corporate entity.

Addressing participants at the workshop, Dr Steve Manteaw, the Chairman of the Civil Society Platform for Oil and Gas (CSPOG) explained that, Ghana is under three international obligations to establish the BO regime.

The first is the Financial Action Task Force (FATF) standard, a multilateral initiative which is being enforced by the Inter-Governmental Agency against Money Laundering in West Africa (GIABA).

The second obligation is derived from the Extractive Industry Transparency Initiative (EITI) standard, also a multilateral initiative requiring transparency and accountability in the generation and use of extractive sector revenues.

The third international obligation is for Ghana to institute a BO regime is the Open Governance Partnership (OGP) initiative, under which Ghana has BO as one of its key commitments.

Dr Manteaw indicated that, under the EITI, all implementing countries have up to January 2020 to establish a publicly accessible Beneficial Ownership register of all companies that bid for and undertake activities in Ghana’s extractive industry but Ghana will miss it.

Giving a bit of a background, the CSPOG Chairman further disclosed that, Ghana went through a GIABA peer review in 2012 and performed unsatisfactorily, partly on account of lack of progress in establishing a Beneficial Ownership regime and as a result, limited sanctions were imposed on the country.

He said, in 2016 when the Ghana EITI Multi-Stakeholder Group was firming up its roadmap for the implementation of Beneficial Ownership in the extractive sector, the Group’s attention was drawn to the fact that the country was due for another peer review later that year and that, failure to demonstrate progress on Beneficial Ownership implementation would attract harsher sanctions.

He said, to avoid the looming sanctions Ghana moved to quickly amend the Companies’ Act of 1963 to provide legislative backing to BO disclosure.

Dr Manteaw noted that though the Act that was passed did not fully meet the BO disclosure requirements, it helped the country to avoid sanctions. Some of the gaps in the amendment were the denial of free public access to the BO register, the limitation of disclosure by Politically Exposed Persons (PEPs) to only foreign PEPs, and the absence of thresholds for disclosure.

All these, Dr Manteaw disclosed, have been subsequently addressed in a substantive Companies Bill passed in 2018.

Making a presentation on the Beneficial Ownership disclosure as a tool for fighting against corruption, Frank Bimpong, a Programme Officer at CSPOG said, the BO register was going to help CSOs, media and individuals know who the real owners of companies that bid for big-ticket contracts are, and reduce the tendency to speculate on these matters.

He said, the disclosure of the real owners who ultimately control companies including Politically Exposed Persons (PEPs), has a great potential in exposing related party transactions and deterring procurement fraud in the extractive industry.

An Economist, Samuel Bekoe who shared insights into the CSPOG report on the Typologies and Nature of Corruption Risks in Ghana’s Extractive Sector, cited lack of regular cost audit as a potential corruption risk, as tax abuses would go undetected for long periods, and the situation could provide cover for rent-seeking on the part of Ghana Revenue Authority officials.

He added that, bribery, kickbacks, embezzlement, illegal acquisition of properties by public officials, are some of the common forms of corruption in the sector, and that they are often enabled by bureaucratic red tape in licensing and permit acquisitions.

He, therefore, recommended the institution of legislative and institutional reforms to remove the identified enablers of corruption in the sector to avert the risks.

The training session held in Accra was supported by the STAR Ghana Foundation and it drew participation from the Ghana Anti-Corruption Coalition, Tax Justice – Ghana, the media, Oil Watch – Ghana and other CSOs.