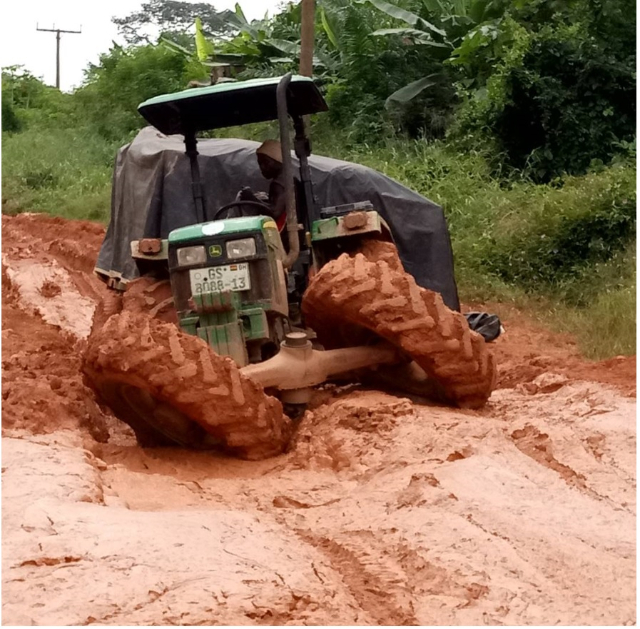 A cross-section of Ghanaians Wednesday took to Joy FM’s Super Morning Show to vent pent-up anger about the poor state of their roads.

Roads have always been an emotional subject in Ghana. The pitch of that sentiment has however ascended since the Multimedia Group Ltd brought national attention to the road leading to the Lekma Hospital at Teshie.

The success of that crusade has made Joy FM a platform of choice for the average Ghanaian to discuss ‘their road needs.’

Wednesday was no exception.  A few of the concerns are recapped as below.

Papa Ansah who called from Teshie Nugua Estate in Accra said his road is terribly bad. He complained further about a stalled drainage project. He added that due to the poor state of the roads in his area, a five-minute journey takes 45 minutes.

Kwaku from North Kaneshi complained about the Oyebi to Adenta road. He said it is very bad. He did not understand why there is a toll booth on that road despite the poor state of the road.

Samuel from Accra complained about the newly constructed Adenta footbridges which have no light. According to him after 6 pm he is not able to use that bridge. He fears criminals may attack him.

Henry from Teshie thanked Joy FM for its crusade which led to the construction of some stretches leading to the Lekma hospital.

Kofi Badwenba from Kumasi said the roads in that town are “terrible.”

Citing the Sofolane roads, he questioned why the government has not done anything to complete previous works by the predecessor government.s “We don’t see the importance of paying our taxes,” he said amidst anger.

Clarissa from Airport complained about a stretch of road from junction mall to Tema, “the road is very bad and there is no streetlight .”

Yasmine who lives at North Kaneshi said the roads are terribly bad. They are bumpy and have no streetlights.

Zelpist from Kumasi lamented the poor manner Ghanaians approach the development of Ghana.

“We treat our country as if we are in transit. The roads are very bad. The government must have a committee to blacklist bad contractors,” he quibbled

Nii who called from Odorkor complained about bad roads all over the country and over-bloated contracts as a result of kickbacks. This must be checked, he advised.

Joseph of Adenta talked of the Pandani to Abokobi road. He said it is very bad.

Joseph from Suhum said from Koforidua to Somanya the road is very bad, “we don’t have to wait for something to happen”

DISCLAIMER: The Views, Comments, Opinions, Contributions and Statements made by Readers and Contributors on this platform do not necessarily represent the views or policy of Multimedia Group Limited.
Tags:
Deplorable Roads