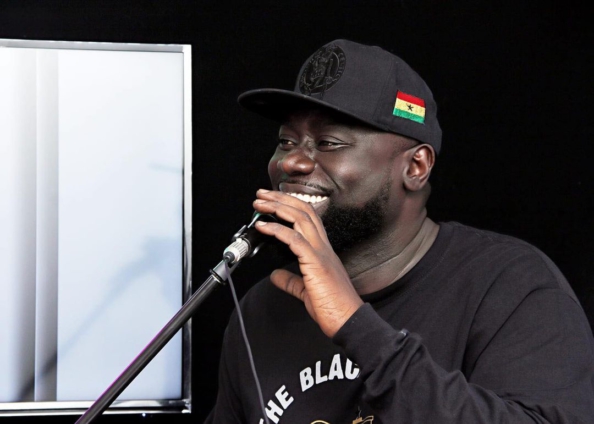 Award-winning radio and television host, Doreen Avio, has called on players in the showbiz industry to appreciate disk jockeys.

Doreen Avio, who is currently in Botswana with DJ Black for the Forbes Under 30 Summit, said this in relation to how Ghana’s DJ Black was admired and celebrated by the people of Botswana.

Speaking on Daybreak Hitz with Andy Dosty, she siad DJ Black was hailed right from the Sir Seretse Khama international airport, where a number of beautiful ladies took pictures and selfies with him.

She also shared how they were received by the Forbes Under 30 Summit team. “They welcomed DJ Black with many looking forward to seeing his performance,” she said.

DJ Black, who also spoke to Andy Dosty mentioned how the President of Botswana was so happy to meet him in person and introduce him on stage to the audience.

When DJ black took to the stage, the atmosphere became electrified with his dexterity and professionalism coming to bear.

His ability to mix the songs rapidly and play hit after hit from Afrobeats, Kwaito, Amapiano to deep house, got the people screaming with all the delegates happily jumping and shouting.

The President of Botswana, Mokgweetsi Masisi, and his wife were the first to get on the dancefloor. This attracted the rest of the crowd to the stage.

DJ Black was invited by Forbes International to be a headline act for the first-ever summit held in Africa, Botswana.