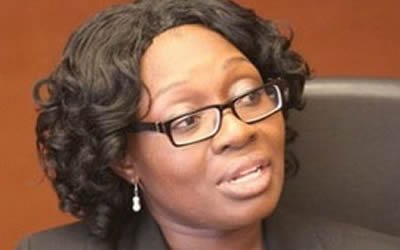 A memorandum to that effect has already been signed between Ghana and the Symbion power.

The realization of this agreement came to light after months of negotiation between Symbion and the Ghana Investment Promotion Center led by its Chief Executive, Mawuena Trebarh.

Under the letter of Intent signed by the energy minister Emmanuel Kofi Buah and the chief executive officer of Symbion Power Paul Hinks, Symbion power proposed to finance the establishment of a 450 megawatts combined cycle energy facility to meet the need of an expanded energy facility in Ghana.

The Volta River Authority on its part on behalf of Ghana is expected to give prompt and fair consideration to the Symbion proposal within the requirements of the country’s laws and policy.

The ceremony which took place in New York in the US is expected to start soon in Ghana.

Energy minister Emmanuel Armah Kofi Buah who represented president Mahama in the deal said the constraints that prevented Ghana from increasing its power generation are been addressed.

According to him government is very committed to lead the way in exporting power in the sub region and to that end bureaucracy tendencies that frustrated independent power producer are been done away with to ensure that license is issued to potential power producer within three weeks once the needed paper works are concluded.

On his part chief executive officer of Symbion power Paul Hinks said the company which has presence in Tanzania, South Africa and Nigeria is excited to do business in Ghana.

He indicated that Symbion which is be-hind a 972 megawatts of power generation in Nigeria hopes to also train Ghanaians in the construction of power lines once the project starts in Ghana.

He is hopeful government through the Volta River Authority will play its part in the letter of intent to ensure delays are dealt with.

The project when finally takes off will be a major plus for chief executive of the Ghana investment Promotion center Mawuena Trebarh who upon assumption of office made investment in the energy sector one of her priority in her investment drive.