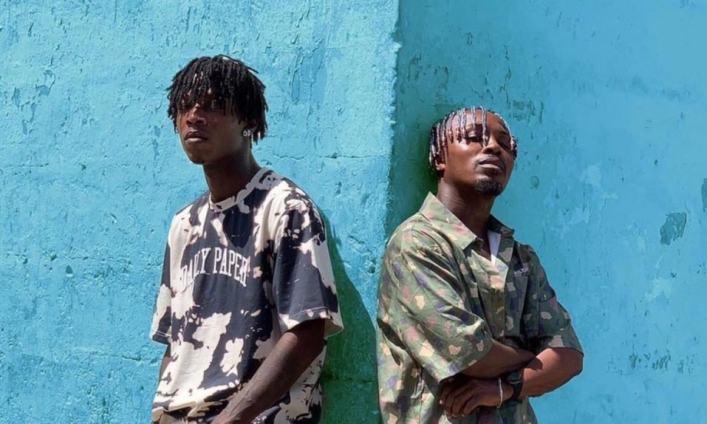 Dancer Nicholas Botchey, popularly known as Afrobeast has revealed the reason his partner and co-founder of the dance group Dance with Purpose, Dancegod Lloyd was absent from Usher’s set at the Global Citizen Festival held on Saturday.

According to Afrobeast, Dancegod Lloyd was “unavailable” throughout the rehearsal session for the event, as he was attending to other equally important projects in another country.

“Dancegod Lloyd happened to be in Nigeria during the rehearsals,” said Afrobeast. “He missed 90% of the entire rehearsal sessions.”

Even though the “dance god” was through with his project before the final rehearsal kicked off, he couldn’t join the crew to perform because the list of dancers had already been submitted to the Global Citizen Festival event organizers.

“The thing is, they wanted a certain amount of number and Dancegod Lloyd wasn’t available at the time,” Afrobeast revealed.

He further explained, “Before you even get on the stage, they go through the list —and if your name is not in the list, you can’t be on the stage.”

A post shared by Dance With A Purpose Academy (@dwpacademy)

The dancer added that the presence of strict protocols made it uncomfortable, and would seem “unfair” for him to make certain decisions like calling for a sudden replacement.

“Also, there was a lot of technical staff on the stage, and it will be a little bit messy… It won’t be nice if I am to take someone out and replace the person with Dancegod Lloyd,” he said on Hitz FM.

When asked whether Dancegod Lloyd willingly refused to join the crew to perform at the event, Afrobeast responded, “No, he didn’t refuse.”

A post shared by Dance With A Purpose Academy (@dwpacademy)

He went on to reveal that Dancegod Lloyd was the first person to call him [Afrobeast] when he got the information that one of Usher’s choreographers had reached out to DWP Academy via Instagram for a dance routine for the R&B artist specifically for the event.

Meanwhile, before the Global Citizen Festival was staged, a rumour was rife that the “dance god” had parted ways with DWP Academy following a misunderstanding he had with one of the managers of the group, Quables.

Therefore, Dancegod Lloyd’s absence on that stage cemented the fact that the rumours were true. His non-appearance on stage suggested that the co-founder was no longer working with the group.

So far, there had not been any allegations made against Dancegod by any member of the dance crew.

Dancegod Lloyd is yet to respond to the rumours.

DISCLAIMER: The Views, Comments, Opinions, Contributions and Statements made by Readers and Contributors on this platform do not necessarily represent the views or policy of Multimedia Group Limited.
Tags:
Afrobeast
Dancegod Lloyd
DWP Academy
Global Citizen festival