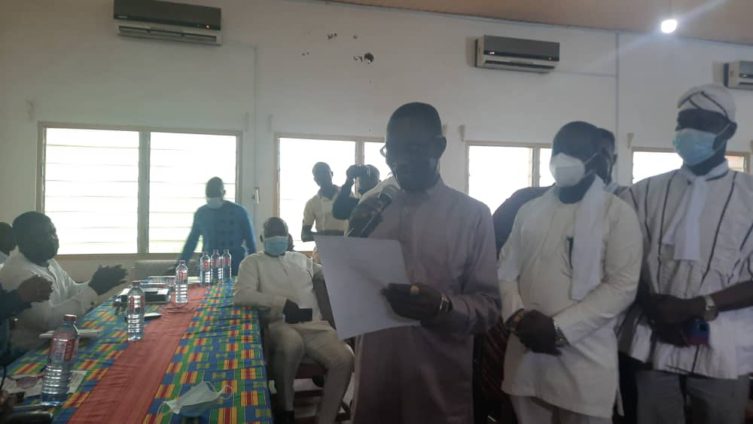 Former Presiding Member for South Dayi, Godwin Kwame Dadzawa has been endorsed by the assembly members as District Chief Executive.

Mr Dadzawa who polled 31 ‘yes’ out of 31 vote cast promised to work hand-in-hand with the Member of Parliament, Rockson-Nelson Dafeamekpor, Traditional authorities and members of the assembly.

According to him, he will in collaboration with the MP use the common fund to improve the standards of living of the people of South Dayi.

He also noted that focus will be placed on job creation, improved service delivery to communities as well as ensure poverty reduction.

Residents into farming, trading and fishing as well as the private sector would be given support, he added.

The elected DCE commended the efforts of the Volta Regional Minister, Dr Archibald Yao Letsa to ensure the District had a Chief Executive who would spearhead affairs that would bring about development.

Mr. Dadzawa who promised to run an open-door policy said priority will be given to sectors like agriculture, health,  water and sanitation, education and infrastructure development.

On his part, Volta Regional Minister Dr Archibald Yao Letsa said he was happy about the turn of events during the first six confirmations which according to him were very successful.

He, therefore, urged members to team up with the MMDCEs to bring more development to the districts.

Mr Rockson Nelson Defeamekpor, who is the MP for the area, in an interview with the media said the South Dayi District is faced with many challenges that need urgent attention; adding that stakeholders should be united to have the needed development desired by the district.

DISCLAIMER: The Views, Comments, Opinions, Contributions and Statements made by Readers and Contributors on this platform do not necessarily represent the views or policy of Multimedia Group Limited.
Tags:
Dr Archibald Yao Letsa
Godwin Kwame Dadzawa
Rockson Dafeamekpor
South Dayi