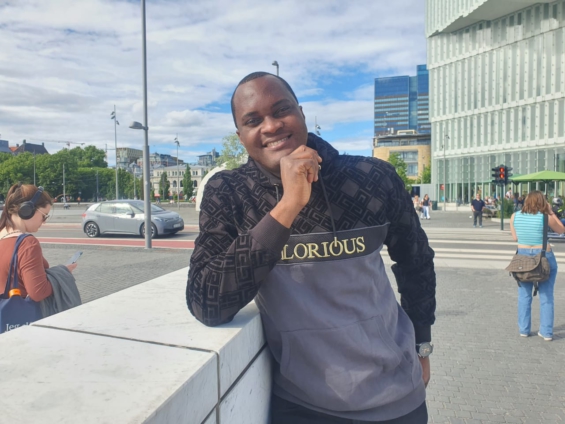 As part of efforts by Joy Sports to push the Athletics agenda, the campaign Gold Chase has been given more impetus with the impending diamond league meeting in Oslo.

The Gold Chase initiative created by Joy Sports is aimed at generating the necessary support for the special group of athletes to become global stars.

Aside the grand launch of the project on the 10th of May, Joy Sports has taken keen interest in competitions involving Ghanaian athletes – from covering the just ended to NCAA competitions and the Athletics Senior Championships in Mauritius, the next project is the Diamond League in Oslo which has a Ghanaian featuring for the first time since 2005.

Ghana’s fastest runner, Benjamin Azamati will have an opportunity to compete with some of the world’s fastest runners after earning a chance to run in this year’s World Athletics diamond league in Oslo.

George Addo Jnr is in the Norwegian capital to cover Azamati go up against some of the world’s heavyweights including Olympic gold medalist, Andre de Grasse and South Africa’s Akani Simbine on Thursday, June 16.

Azamati is the first Ghanaian to feature at the Bislett games since Leo Myles Mills, Eric Nkansah Andrew Owusu and Aziz Zakari did (between 1998 & 2005) and made the Golden league final.

The current 100m record holder will look to impress in the diamond league.

Azamati, who has run a personal best of 9.90s this year, will use the games as a preparation tournament ahead of the upcoming World Athletics Championships and Commonwealth Games.

DISCLAIMER: The Views, Comments, Opinions, Contributions and Statements made by Readers and Contributors on this platform do not necessarily represent the views or policy of Multimedia Group Limited.
Tags:
Benjamin Azamati
Bislett Games
Diamond League
George Addo Jnr
Oslo