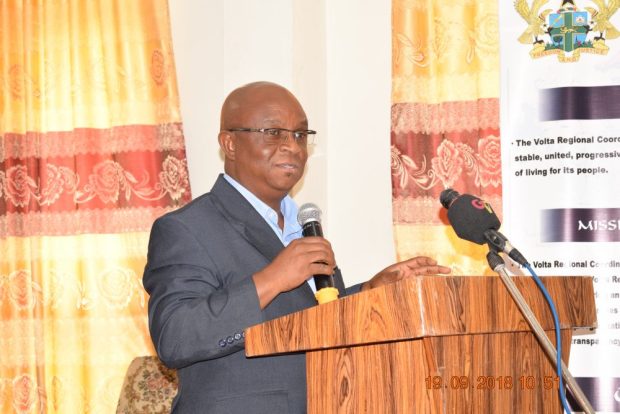 Volta Regional Minister, Dr Archibald Letsa has said government is mobilising both relief items and funds to assuage the suffering of displaced persons in the tidal wave disaster that struck the Keta, Anloga and Ketu South on Sunday.

According to the Disaster Management Organisation (NADMO), close to 4,000 people have been displaced with scores currently living with relations, holding centres, Churches and other safe havens.

He told the Ghana News Agency that private, corporate and public institutions had responded with the Coastal Development Authority (CODA) carting relief to the Disaster enclave Friday.

The Regional Minister said days leading into the weekend would see government and other support arriving for the victims.

He said the structures at the local government levels were working with the Municipal Security Council and NADMO doing the initial assessment and items that were needed.

Dr Letsa said that was the reason for the delay of high government delegation to the enclave stating “we avoided going empty handed when the people are distressed.”

He said the current disaster is ‘work in progress’ and urged all to support the victims and refrain from casting aspersions and attempting to be political.

He said it was premature to declare a ‘state of emergency’ as some people called for, but government responses would bring permanent respite to victims and the enclave.

The Minister explained that funds mobilised would go into rebuilding of schools and other essential amenities to offer a respite.

He said the climate change phenomenon is real, and global, the reason the world is in Glasgow to find a permanent solution to the menace to save the world from further devastation.

Dr Letsa commended the Municipal Chief Executives, DISEC, NADMO and related institutions for rising to the occasion of mobilising local support for the victims.

He said the government was taking a critical assessment of the country’s coastlines to permanently deal with sea inundation referring to Glife in Dansoman as another typical area for attention.

Sea water on Sunday submerged about 300 homes at Kedzikope, Abutiakope and Keta Central in the Keta Municipality rendering about 2,000 people homeless with similar attacks happening at Dzita, Agbledomi and Fuveme (Anloga District) and, Adina Agavedzi, Amutinu and Salakope (Ketu South) over the weekend.

There were others who also decided to stay in their flooded rooms, sleep on top of tables with their children, while majority of them wondered where their daily bread would come after losing their food items to flood waters.

DISCLAIMER: The Views, Comments, Opinions, Contributions and Statements made by Readers and Contributors on this platform do not necessarily represent the views or policy of Multimedia Group Limited.
Tags:
Archibald Letsa
Fix
Tidal waves