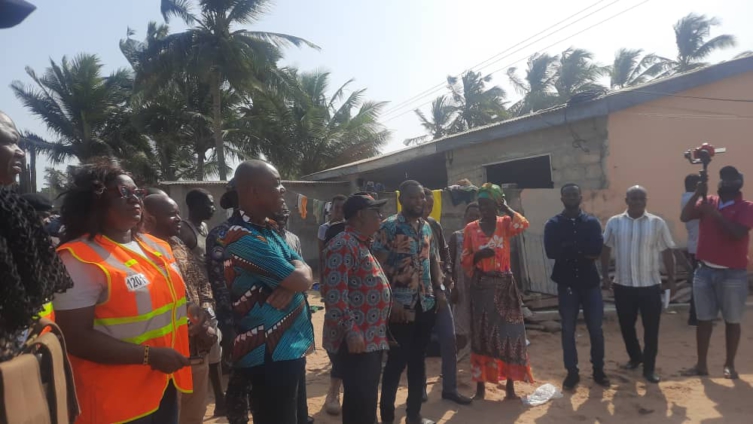 The MCE for Ketu South, Maxwell Lugudor, has said the Ghana Gas Authority will within the next two weeks begin the construction of 15 2 bedroom self-contained units for residents affected by recent tidal waves in the Ketù South District.

The MCE made this known when the Volta Regional Minister, Dr Archibald Yao Letsa, visited affected communities in the Ketu South, Keta, and Anloga Districts respectively.

According to Mr Maxwell Lugudor, a feasibility study is almost ready with funding for the project also ready for the 15 housing units to begin.

Mr Lugudor noted that, the plan is to have 100 housing units for the people especially those whose homes have submerged into the sea and are currently without decent accommodation.

“₵2 million funding for the first 15 housing unit is ready for the start of the project with feasibility studies almost ready and soon work will start,” Mr Lugudor said.

Dr Archibald Yao Letsa noted that relocation is the best option for now hence the urgent need for the housing units to begin soon.

He commended the MCE for Ketu South for being on top of the job and making sure that the people are okay.

Residents who spoke to JoyNews said it is good news to have them relocated into newly refurbished homes but they need government to hasten the plans of getting the sea defense wall project started.

One of them who narrated the ordeal of Sunday evening to JoyNews said the sea nearly took his wife away while she was cooking outside.

“I was waiting for my food which was being prepared outside then suddenly my house got submerged into the water and almost taking my wife away. We are happy about the housing units but we need government to also construct the sea defense wall project,” he said.