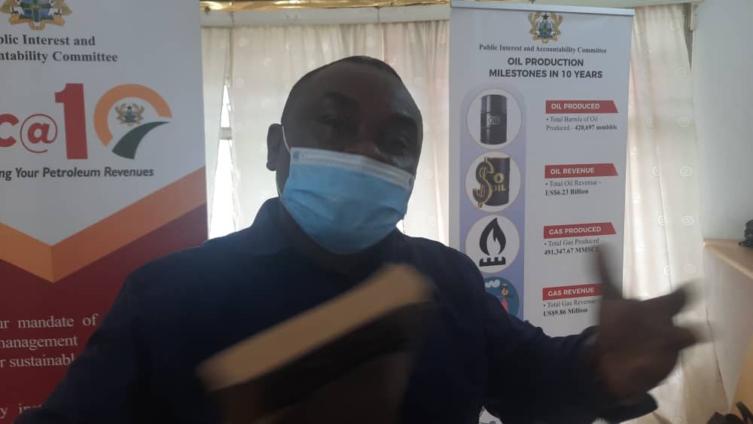 The Public Interest Accountability Committee (PIAC) has indicated that the country generated an amount of $6.55 billion between 2011 and 2020.

Former Chairman for PIAC, Mr. Noble Wadza made the revelation during a stakeholders forum on petroleum revenues in Ho to mark PIAC’s ten years anniversary

On disbursement of the petroleum revenue, Mr. Wadza said revenues have been allocated to the Ghana National Petroleum Commission (GNPC), Annual Budgeting Funding Amount of the Ministry of Finance (ABFA), Ghana Stability Fund (GSF) and the Ghana Heritage Fund (GHF)

He, therefore, urged that the revenues on petroleum must be used for ventures that can continually give the country income, citing terminal 3 at the Kotoka International Airport as an example.

“The petroleum revenues come from a depletable resource and we may not always have the funds. We must use what we have now wisely,” he said.

Present at the forum was Volta Regional Minister, Dr Archibald Yao Letsa, who in his welcome address urged citizens to take a key interest in the petroleum sector.

He also advised that citizens interact with PIAC towards extending the frontier of transparency and accountability.

“Let me congratulate PIAC on their 10th year anniversary and to wish the committee well in the execution of its mandate that makes sure that all citizens benefit from the exploitation of the resources, “Dr Letsa added.

The team including the Regional Minister also inspected some stalled projects funded by the oil monies in both Ho Central and West.