Government halts exportation of foodstuff to deal with increase in prices 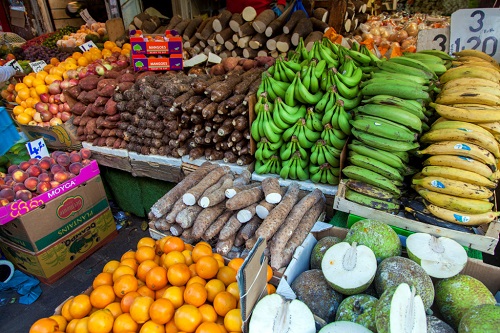 Government has stopped the export of foodstuff from the country to deal with the increase in prices on the market and avert a shortage.

According to the Deputy Minister of Agriculture, Yaw Frimpong, the current increase in prices across the countries markets has been caused by several factors.

They include the exportation of foodstuffs to neighbouring countries, the Covid-19 pandemic, which he said affected the production of fertilisers and revenue shortfalls which meant that government couldn’t pay suppliers of fertilisers on time.

Speaking to JoyNews’ Emefa Apawu on the Midday News he stated that “We kept transporting our food produce across the borders. Before we could say jack, we were running into shortage”.

The Minister explained that the exportation was done on the blind side of government.

However, he assured, “We are no longer going to lower our guard this time. The harvest that we will have this year… we will guard them jealously”.

A number of Agric organisations have also been reacting to the rise in prices on the market.

The CEO of the Chamber of Agriculture, Anthony Morrison, speaking on the AM Show on the JoyNews channel said the country is experiencing the situation because government failed to heed its call for a National Food Security Strategy when the pandemic hit.

He also believes that the situation could have been managed if government had tightened the country’s borders to prevent the exportation of produce as Burkina Faso has done.

For Head of Advocacy at the Peasant Farmers Association, Charles Nyaaba, this is simply a demand and supply issue.

Mr Nyaaba added that a proposal sent by peasant farmers association for relief when the pandemic hit was not acted on.

He admits that they were classified under SMEs to receive interventions.

However, smallholder farmers couldn’t provide the documentation required. Mr Nyaaba believes a special form of intervention should have been given to farmers.

The way forward, for Edward Kareweh, who is the General Secretary of the General Agriculture Workers Union, is for government to consider importing more food and putting in place a mop up strategy to prevent post-harvest losses.

Deputy Agric minister, Yaw Frimpong, says some 81 warehouses are ready to store produce and the Buffer Stock Company is also ready to mop up food produced in the country.

DISCLAIMER: The Views, Comments, Opinions, Contributions and Statements made by Readers and Contributors on this platform do not necessarily represent the views or policy of Multimedia Group Limited.
Tags:
Increase in food prices
Ministry of Food and Agriculture (MOFA)