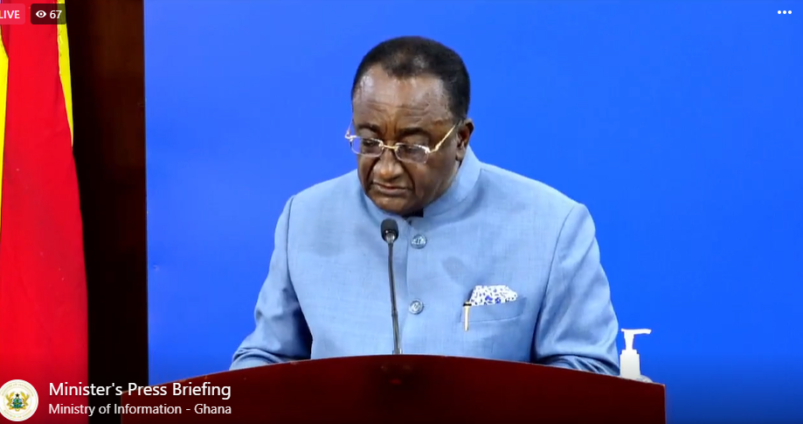 The Ministry of Food and Agriculture (MoFA) has disclosed that it has received financial clearance to recruit 550 vertinary professionals who would be stationed with the Vertinary Services Directorate (VSD) of the Ministry to help the government combat bird flu in the country.

Addressing the media on updates of the bird flu situation in the country, the sector Minister, Dr. Owusu Afriyie Akoto said the Ministry has also received a warrant for the release of GH₵20 million to carry out its action plan to protect Ghana’s poultry industry.

“The Ministry of Food and Agriculture has received financial clearance to commence the recruitment of 550 vertinary professionals and has also received a warrant for the release of GH₵20 million for the afore-mentioned activities. We are looking forward to receiving the remaining half of the approved budget to enable the Ministry procure badly needed vehicles, motorbikes and laboratory equipment for operational purposes,” he said.

It would be recalled that the government granted approval for the immediate recruitment and deployment of an initial 550 vertinary professionals and an emergency budget support of approximately GH₵44milliion to the Ministry.

This was for the implementation of an action plan involving some key activities in combating bird flu by the Ministry.

The action plan by the Ministry to fight bird flu includes; the creation of public awareness about the bird flu, engagement with key stakeholders, stamping out decontamination, procurement of disposal material and other logistics as well as payments of compensation to affected farmers.

Dr. Owusu Afriyie Akoto further said the Ministry will roll out a comprehensive communication plan to sensitise the public and targeted stakeholders at the national, regional and district levels about the bird flu as part of government’s effort to stabilise the spread of the flu.

He noted that the Ministry will inaugurate a ministerial implementation team on Friday, January 28, to coordinate the nationwide sensitisation programme and oversee the general implementation of the programme.

According to the Minister, the government has updated the existing 1960 Animals Health Act and will table a new bill before Parliament this year.

This, he said is necessary due to the vulnerability of the country’s livestock and poultry industry to the outbreak of transboundary animal diseases.

He said the updated Act will empower the Ministry to regulate the poultry industry.

“Government has taken the necessary steps to update the existing 1960 Animal Health Act by finalizing a new bill for introduction to Parliament this year. Once in effect, the updated Act will empower the Ministry, through the Veterinary Services Directorate to regulate the poultry industry. Among the proposals of the bill is a regulatory authority to certify poultry and livestock farms and the enforcement of sanctions such as closure of farms of recalcitrant farmers in this country,” he added.

According to the Acting Director of the Vertinary Services Directorate of the Ministry, Dr. Patrick Abakeh, a total of 142,406 birds have died through bird flu in the country with the Ashanti Region recording the highest number of affected birds followed by the Greater Accra Region and Central Region.