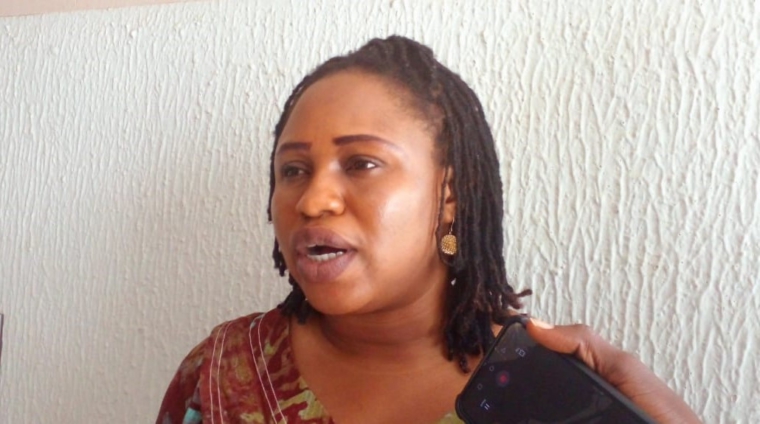 Director of the Department of Gender in the Bono Region, Mrs. Joycelyn Adii, has called for multi-sectorial measures to eradicate teenage pregnancy across the country.

According to the regional director, teenage pregnancies are major contributors to child marriages, hence the need to draw a holistic plan to fight the menace affecting the future of young girls.

Ghana Statistical Service’s 2021 Population and Housing Census report revealed that almost 80,000 girls in Ghana, aged between 12 and 17 years, are already married or living with a man, a situation Mrs. Adii described as worrying.

Mrs. Adii was speaking at the International Girl Child Day organized by the Young Urban Women’s Movement (YUWM) in collaboration with the Young Female Platform (YFP) with support from ActionAid Ghana, in Sunyani.

United Nations has set aside October 11 every year for the celebration of International Girl Child Day to empower young girls to make an impact across the globe and eliminate gender-based challenges that face them, including child marriages, poor learning opportunities, violence, and discrimination.

This year’s celebration is on the theme “Our time is now – our rights, our future”.

Mrs. Adii stated, “We need collaborative efforts from all stakeholders as teenage pregnancy is on the rise. We hear some parents saying that when their girls get pregnant, they push them to get married”.

She suggested the nation could roll out some measures to ensure that teenagers would stay away from lifestyles or situations that could lead to pregnancy, then “we would have a concerted effort to stop the early marriage”.

Ms. Kubra Yakubu, the Chairperson of YUWM, said the situation demands a series of requests from the government, such as an “Increase in the investment for girl child education, and the establishment of meaningful and safe participation of girls and women and their groups in decision making”.

She also requested the empowerment of young women through vocational skills training and the provision of startup tools, promoting decent work, and the ratification of ILO C190 (violence and harassment convention for informal workers).

“We need to reflect on how well we have kept our promise as a nation of ensuring that every girl-child enjoys her fundamental rights, quality education, and protection from all forms of violence and discrimination”, he urged.

Ms. Bridget Antwiwaa Amo, the Chairperson of the Sunyani Senior High Chapter of YFP, on her part, urged women across the country to come together to fight for the rights of young girls.

“It is time for us all to stand for our rights and call for the government to invest in the future that believes in the leadership and potential of girls and young women,” she demanded.

Ms. Aisha Issa, a participant explained how the event has built her perseverance spirit through the life stories shared by the women achievers during the event, while Ms. Addae Odamea Mary, a second-year student of SUSEC commended the organizers for such an insightful program which she said would also help her career path in life.

DISCLAIMER: The Views, Comments, Opinions, Contributions and Statements made by Readers and Contributors on this platform do not necessarily represent the views or policy of Multimedia Group Limited.
Tags:
Bono Region
Teenage Pregnancy