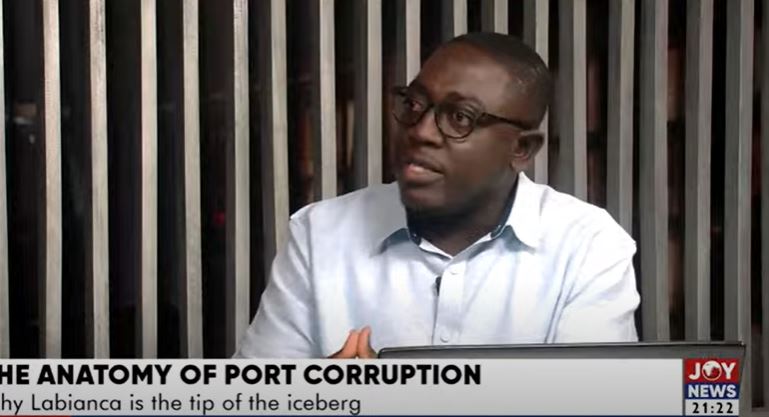 Research Consultant, IMANI Africa, Dennis Asare, has complained of some factors that hinder the Ghana Revenue Authority (GRA) from meeting its revenue targets.

Speaking on JoyNews’ PM Express on Tuesday, he cited inefficiencies in the tax collection system as the main challenge.

“The work that World Bank did, they engaged the GRA and this was data from the GRA and the potential import tax had to be about 2 billion dollars and we were doing less about 34% so that tells you that we may be hitting over their target but in terms of our potential, we are not collecting as much as we should be and we identify that the very drivers that lead to this revenue leakages are the once that make corruption happen,” he said.

The topic for discussion on the show was, “The anatomy of Port corruption: Why Labianca is the tip of the iceberg.”

Mr. Asare added that, “in terms of putting cost to it, if you have a revenue potential of about 2 billion dollars and 34 % is uncollected, it tells you that sometimes these targets that are given to these institutions they take cognizance of what they can’t collect and system inefficiencies, tax exemptions within the port that wouldn’t make them achieve the potential import target.

“So if you try to use GRA’s target at the port as a benchmark for efficiency and profitability then you wouldn’t be able to understand the capability of the quantum of taxes that you can collect.”

This revelation comes after the Special Prosecutor published his findings regarding some alleged corrupt activities involving a company owned by a member of the Council of State and the Ghana Revenue Authority’s Customs Division (GRA).

The Labianca report has sparked a new round of debate about corruption and its impact on the nation’s finances.

Meanwhile, the Ghana Revenue Authority (GRA) says it is studying the recently released report by the Special Prosecutor on Labianca Group of Companies and its Customs Division.

According to the Authority, it will not shield anyone found culpable.

“GRA uses this opportunity to assure all stakeholders of GRA and the general public that GRA has taken steps to ensure that all allegations of impropriety on the part of any of its staff are promptly and decisively investigated and that all cases of tax evasion or other acts that are contrary to the laws governing the Authority will be dealt with,” portions of a press statement issued by GRA on Sunday, August 14, read.