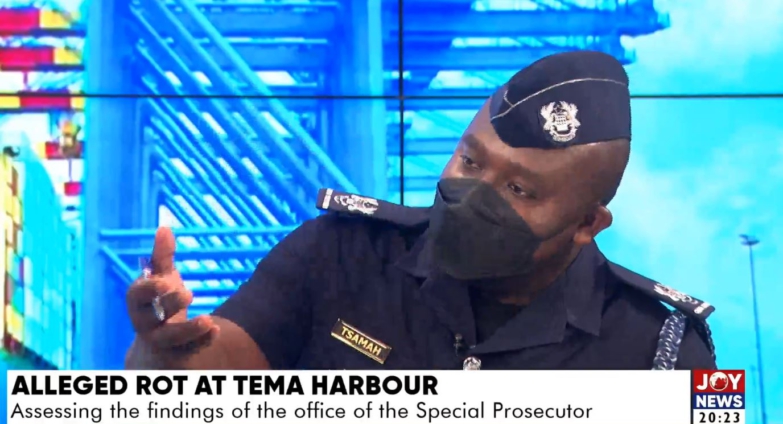 The Ghana Revenue Authority (GRA) has queried the National Secretary of the Customs Staff Association, Gift Emmanuel Kofi Tsamah, for participating in a media discussion without approval.

The officer was hosted by JoyNews’ on the August 14 edition of The Probe to discuss the mechanisms to improve the revenue collection at the Tema port in the wake of the Special Prosecutor’s damning findings into Labianca company.

But a letter signed by the Authority’s Acting Head of Human Resources, Akua Mpiani-Brobbe said the Secretary acted contrary to the rules of the Authority.

According to her, Section 24 (4) and 34 (4&5) of GRA’s code of ethics requires staff to seek approval before participating in media programmes.

On the back of this, the GRA’s Human Resource Department finds Mr Tsamah’s appearance on the channel as questionable.

“It has also been reported that the Assistant Commissioner, CPA engaged you on phone discouraging you from appearing on the discussion programme as advertised without the express consent of the Authority.

“You are therefore by this letter kindly requested to explain to the undersigned, your inability to comply with the internal procedures,” part of the letter read.

Madam Mpiani-Brobbe also asked the Secretary to respond to the query by Thursday, August 18.

Mr Tsamah on Sunday, August 14, appeared on JoyNews’ The Probe on Sunday with other panelists to discuss the topic “Labianca: Assessing the findings of the Office of the Special Prosecution.”