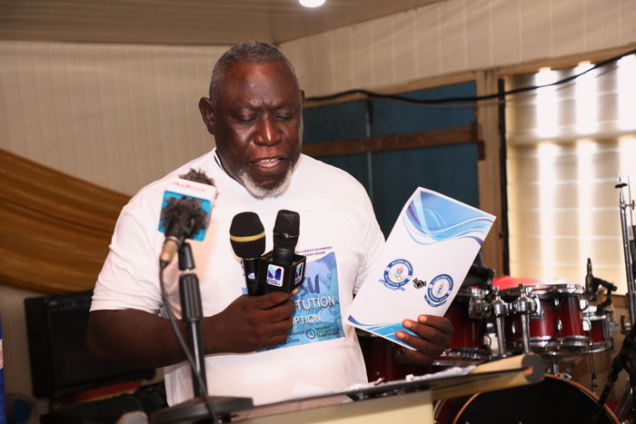 The National Supporters Union of Accra Great Olympics football club over the weekend outdoored its constitution at Korle Gonor a suburb of Accra.

The program marked the official adoption of the Accra Great Olympics Supporters’ Union constitution, which will be safeguarding its activities.

It also serves as a significant milestone in the history of the club.

Though Accra Great Olympics is one of the oldest football clubs in Ghana with a strong supporter base, several efforts to develop a  constitution to regularise its activities since its inception has gone through many challenges thus causing a long a standing delay.

In his address, the General Secretary of the Accra Great Olympics Supporters, Dennis Amarkai Amarteifio, said the Union is poised to build a viable, credible and resourceful supporters union that will be able to stand the test of time.

“Our Union must cease to be an opposition group; it is in existence to complement the efforts of MANCO to make Accra Great Olympics better,” he said.

He added that even though members can criticise constructively, unsubstantiated allegations and counter allegations must stop.

Mr Amarteifio also appealed to MANCO to exercise tolerance when dealings with supporters.

He said there was so much the Union can do to reposition the club.

“Our success today will be meaningless unless it is linked up with the total re-organisation of all branches across the country,” the Secretary General said.