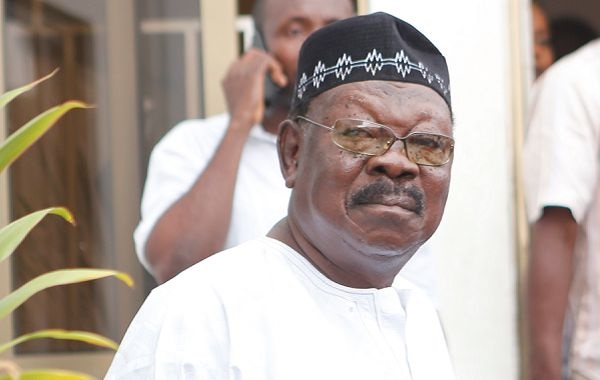 Chairman of the Hajj Board, Sheikh I.C. Quaye

The first batch of over 400 pilgrims for this year’s Hajj is expected to depart the country to Saudi Arabia today.

According to the Chairman of the Hajj Board, Sheikh Ibrahim C. Quaye, four flights will move from the Tamale Airport while five will be moving from Accra, from June 30, 2022.

Speaking in an interview with the Ghana News Agency, on Thursday in Accra, Sheikh Quaye said due to the outbreak of the COVID-19, Saudi Authorities placed a ban on Hajj for all foreign pilgrims since 2020.

He said during the two-year ban, over 2000 pilgrims voluntarily opted to leave their fares with the Hajj board with the understanding that they would be considered before other pilgrims when the Hajj commenced in future.

“After the ban on Hajj was lifted this year, quotas of all participating countries have been drastically reduced. Ghana’s quota is 3,069 instead of the 2020 quota of 6,000 pilgrims, and so we will consider those who left their monies with us first before any other pilgrim.”

Sheikh Quaye was however quick to note that all the pilgrims had made an additional payment of GHS 7000.00 to the previous amount of GHS 19, 500 they paid.

He mentioned that the package for new applicants for this year is GHS 39,000.

The Chairman said the Board had concluded all negotiations and arrangements with service providers in Macca, Jeddah and Madina on housing, transport, medical, flight and other services, saying they had fulfilled their pledge to Muslims on changing the face of Hajj in Ghana for the better.

“It is during our term that Ghana has been described as the best among the non-Arab countries in Hajj, and we are poised to even do more in the coming years to gain more recognition.”

In relation to complaints about the high fees for this year’s Hajj, he said the fees charged for the package was due to increment in charges by service providers, saying that the Board had worked assiduously with assistance from the Government to arrive at the package.

He added that the Saudis hinted earlier and confirmed during a Hajj conference in Jeddah recently that this year’s Hajj would be very expensive due to increment of Value Added Tax (VAT) from five to 15 per cent, the demolition and reconstruction of buildings and hotels in Mecca, the huge investment made in Mina and Arafat by the Kingdom, and the general economic situation.

Sheikh Quaye mentioned that this year, the Saudis had also put in place strict control measures for this year’s Hajj including registering online through e-hajj, age limit of 65 years and testing requirement, vaccination requirements, quarantine requirements, medical Insurance, among others.

He urged Ghanaians to support the board and pray for a successful Hajj this year, while calling on potential pilgrims to abide by all rules and regulations in Saudi Arabia in order to have a smooth pilgrimage.

Hajj is the pilgrimage to the holy city of Mecca in Saudi Arabia, which every adult Muslim must make at least once in his or her lifetime. It is the fifth pillar of Islam, performed during the month of Dhul-Hijjaha, the last month of the Islamic calendar.