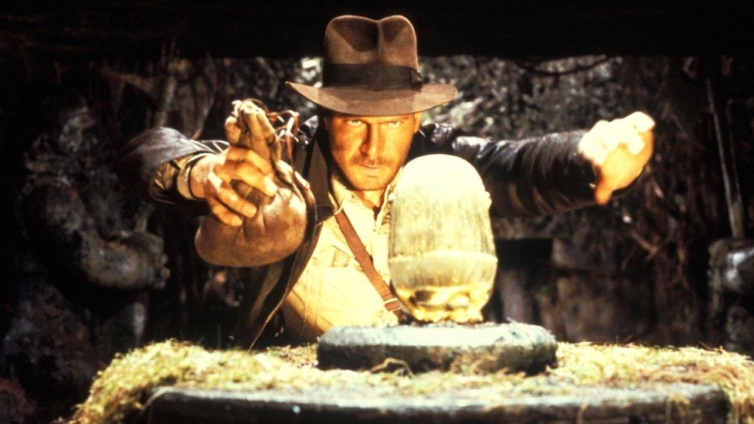 Harrison Ford first played Indiana Jones in Raiders of the Lost Ark, in 1981

US actor Harrison Ford is to reprise his role as adventurer Indiana Jones in the Disney movie franchise.

The film, to be directed by James Mangold, is to be the 78-year-old actor’s fifth and final instalment as Indy.

Disney made the announcement in a virtual presentation to investors where it also unveiled plans for Star Wars series spin-offs and Marvel series.

In a 2013 interview, Harrison Ford said it was “perfectly appropriate” for him to return as the adventurer.

“We’ve seen the character develop and grow over a period of time and it’s perfectly appropriate and OK for him to come back again with a great movie around him,” he said at the time, stressing that Indiana Jones did not have to be so action-oriented.

“To me, what was interesting about the character was that he prevailed, that he had courage, that he had wit, that he had intelligence, that he was frightened and that he still managed to survive. That I can do.”

Film producer Frank Marshall recently told Den of Geek he had no intention of replacing the actor in his iconic role.

“We are working on the script,” he said. “There will only be one Indiana Jones, and that’s Harrison Ford.”

The fifth instalment has long been in the making, with several screenwriters coming and going, and was further slowed down by the outbreak of the global Covid pandemic.

Disney+ subscribers worldwide had reached 86.8 million, exceeding most forecasts when it was launched in November last year, it added.