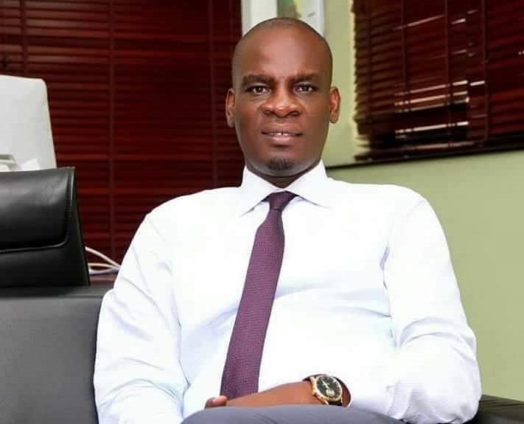 Minority Leader, Haruna Iddrisu will headline the eighth World Government Summit as a distinguished speaker in Dubai in the United Arab Emirates.

The World Government Summit act as an intellectual hub and catalyst for shaping a better future.

By Bringing together decision makers, thought leaders and experts from over 190 countries, the extraordinary gathering will celebrate the success of the world government summit as a unique platform for government leaders to engage in global discussion to shape the future of humanity.

A letter of invitation to Mr Iddrisu signed by the Minister for Artificial Intelligence, Digital Economy and Remote Work of the United Emirates, Omar Sultan Al Olama described him as a distinguished fellow whose rich experience and impact in politics will help advance the cause of the summit.

The Tamale South MP joins a distinguished world leader who had previously addressed the summit which includes former President of the United States, Barrack Obama, Prime Minister of India, Narenda Modi, the secretary general of the United Nations, Antonio Guterres, President of the European Union central bank, Christian Lagarde, chairman of the World Economic Forum, founder and chief executive officer of SpaceX, Elon Musk and others.

“Your participation at this important event will be invaluable in strengthening our joint effort to advance global priorities and further provide global leaders working together to bring prosperity to their nations,” he indicated.

Haruna Iddrisu was born in 1970 at Tamale, Ghana. Iddrisu studied at the University of Ghana between 1993 and 1997 where he obtained B.A. (Hons) in Sociology.

He was active in student politics and was the President of the National Union of Ghana Students during his final year.

Mr Iddrisu is also a barrister and has been a member of the Ghana Bar Association since 2002.

He stood for MP in the 2004 parliamentary election in the then newly formed Tamale south constituency.

Even though his party lost the Presidential Elections, Haruna retained his seat in the 2016 elections and was selected to lead the minority caucus as the Minority Leader of the 7th Parliament of the 4th Republic in Ghana, a position he is still occupying.

He has held various positions in government, including Minister for Communications under the Mills and Mahama governments as well as Minister for Trade between 2013 and 2014.

He was appointed the Minister for Employment and Labour Relations by President Mahama in July 2014.