Headteacher of collapsed school in court 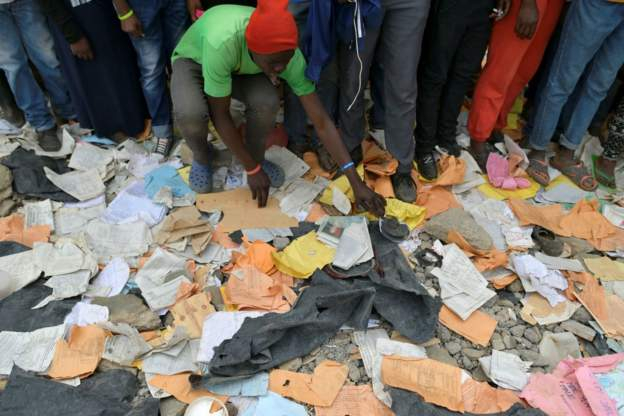 The owner of the Precious Talent School in Kenya where a collapsed classroom killed eight students and injured over 60 has appeared in court.

Moses Wainaina Ndirangu was arrested on Thursday and will be detained for 15 days pending investigations into the cause of the tragedy.

Mr Ndirangu appeared before a magistrate in connection with Monday's tragedy.

Prosecutors asked for him to be detained while they completed investigations into the cause of the accident before determining the charges.

On Thursday Kenya’s Education Minister Prof George Magoha revoked the licence of the school and ordered its closure. The 800 registered pupils were advised to seek admission elsewhere.

The governor had accused rogue employees in his administration of colluding with contractors to flout building regulations, or neglecting their duty.

Experts have said the expansion at the primary school, which eventually collapsed, was done without necessary approvals.