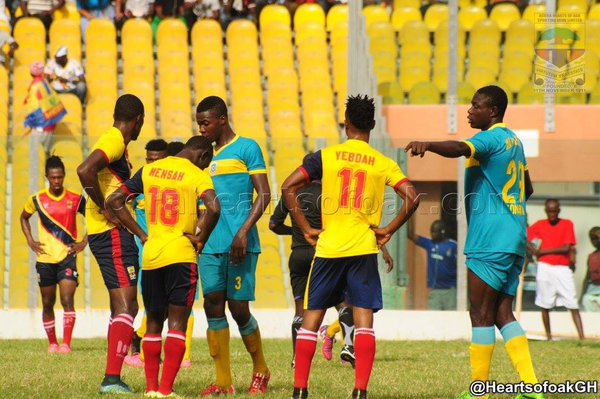 Accra Hearts of Oak’s three match-empty stadium ban has been scrapped following their appeal to the Disciplinary Committee ruling.

The Phobians have now been handed a two home-match punishment with an increased fine of GHC15,000.

The Disciplinary Committee fined the club a total of GH¢12,000 and asked to play their next three home matches in an empty stadium for the unruly behaviour of fans during their defeat to Wa All Stars.

According to a the report by the Appeals Committee sighted by the state-owned Graphic Sports the initial fine has been increased to GH¢15,000.

The Premier League Board will decide the venues for their next two matches against Hasaacas and Liberty Professionals with the games opened to their fans.

Hearts will be at the Accra Sports Stadium to host Dreams FC on the final day to end the first round of the league.

The club’s two other officials; PRO Kwame Opare Addo and Barima Atuahene, a board member who were banned for two years each for inciting and intimidating the match officials, have had their bans reduced to three months.