Henry Kyereme: Could advances in technology undermine the future of humans? 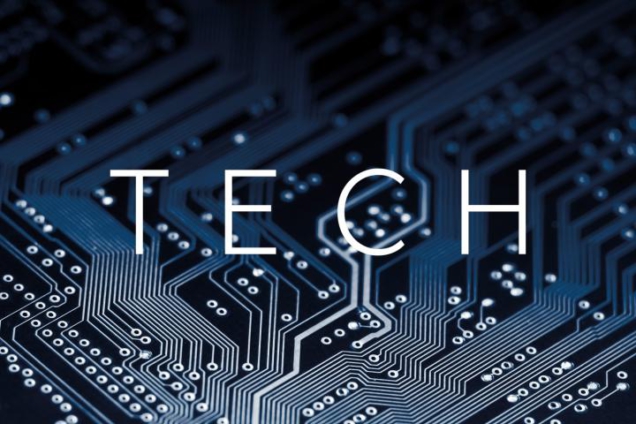 One critical concern over technology is the fear that it could unleash severe havoc on humanity if misused.

Technology misuse alongside ecological disruption and the possibility of nukes misuse are viewed as the most potent existential (immediate and remote) threats to humanity.

Whilst all three threats are highly disruptive, technology misuse is receiving attention in recent times owing to technology’s accessibility, speed of growth in knowledge in technological tools and, finally, the high degree of vulnerability in technology.

The evolution of Artificial Intelligence (AI) and its high application could soon change humans’ algorithms. Already, we are witnessing an advanced form of AI with gene therapy and bionic implants; these advances may quickly change the biological makeup of humans. Moreover, their pace of evolution is advancing at a rate never seen before in biotechnological engineering.

Ultimately, these advanced AIs aim to create superior humans with additional functionalities above those of ordinary humans. This notion of human upgrade or gravitating toward the robotic status is a difficult concept to look at from a religious perspective.

However, from a scientific and sociological point of view, significant developments lend credence to the idea that humans may be tilting gradually to a robotic or somewhat unknown status.

Unsurprisingly, transhumanists have long yearned for any attempt that could alter human DNA. For instance, Stalin is on record to have immensely pursued an agenda of creating a genetically engineered army with capabilities superior to ordinary citizens.

What, however, is unclear is whether the enhancement of humans guarantees superior capacity or could end up debasing humanity.

Need I mention that this revolutionary AI advances, should they go wrong, could spell doom for humanity perpetually as there are no known full-proof standards and protocols currently in place to govern such a situation.

Indeed, all the prominent actors in the AI space, including Elon Musk, have shared their concern over AI producing significant adverse effects on humanity. It is one thing to innovate, but it takes a great deal of grit to predict accurately and put in place mitigating protocols for possible future externalities to come from today’s innovation.

Undoubtedly, the human way of life in society – building relationship, work, and socialization, among others – have markedly changed over the last several epochs, mainly influenced by advances in technological know-how.

Technology now has become an enabler of life and, in some instances, replacing chores originally preserved for humans. The cognitive capabilities of robots and technologically engineered machines have improved so much that some robots are even alleged to be sentient.

As robots improve in cognitive capacity and assume the characteristics of humans, humans are, on the other hand shifting gradually to robotic status. The shift in humans is in two-fold: inventors of robots who control the rest of society and those controlled by robots.

The first reason humans are becoming more of robots is that in the era of increased automation, “no meaningful and unique thinking” – apart from following processes – is required to perform any particular work. Automation is seen as optimal and desirable in the world of work today, driven by efficiency and profit.

Robots are more efficient in performing some specific tasks, and if profit is the underlining consideration, it makes sense to automate to maximize such gains. In such an environment, humans require very little thinking, as robots do all the thinking for us. Beyond human enslavement to machines, the unprecedented technological advances also exacerbate the division between humans – those who control us (creators of robots) and those who are controlled.

Secondly, humanity’s social construct, defined based on communalism and interdependence, has fast disappeared. The social support mechanism no longer relies on broader community support but is now based on the individual’s traits. Individualism – freedom of action for individuals over collective or state control – appears to have been embraced as a “modern” way of life and taken hold of us humans.

The meaning of a community where people live together and share in each other’s joy and pain has drastically faded. Human social bond has been damaged, and people have less sense of group identity resulting in less and less feeling toward their community or people in their community.

It is not uncommon to have individuals live in a particular community for years and yet not notice or identify as neighbours. The proliferation of internet and new media have exacerbated individualism as people now prefer and can build a virtual community of their own without support from their locality.

The unintended consequences of technology could be addressed if regulation is brought to the front burner of policy discourse. Without such deliberate action, the world may struggle if artificial intelligence goes wrong.

In the same vein, the world could be surprised by the exploits of the “bad guys” who constantly seek to take advantage of cyber-systems vulnerabilities to harm innocent users. Undeniably, there are many vulnerabilities in technology.

These vulnerabilities have always been the conduit for “bad geeks” to either advance their interest or sometimes that of a sponsored State[s]. As a result, cyber-attacks on national, regional, corporations’ networks and sometimes on individuals have become common. The pain often inflicted on technology users by these bad guys becomes unmeasurable and often results in the loss of lives and property of those attacked.

Another critical concern is that as humans become more robotized, thereby seeking unending bliss and superiority, isn’t there a possibility that they may become more powerful such that they too will begin to exploit cyberspace vulnerabilities and afflict more misery on unassuming technology users?

Moreover, what will be the faith of those already enslaved by technology in such space? Indeed, these questions are possibilities one cannot overlook since the desires of transhumanists to have an unending bliss of life will come at a cost and who must bear that cost?

Therefore, one must be careful with technology as its misuse could spell doom for humanity and possibly extinguish humankind forever.