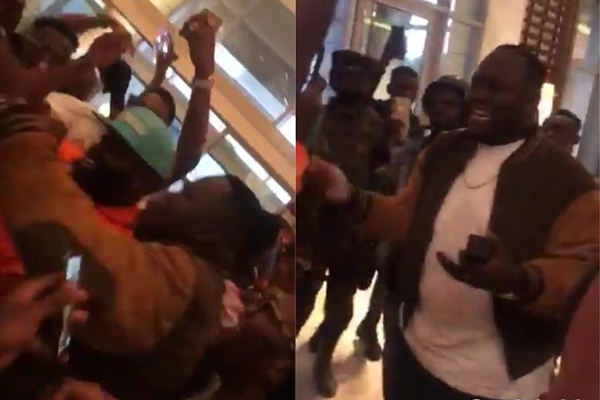 Rapper CJ Biggerman has revealed the reason he boldly approached American rapper, Rick Ross upon his arrival at the reception of the hotel he stayed when he visited Ghana.

The young rapper explained that he was very certain that he would be given a chance only if Rick listened carefully to him.

Speaking on Accra-based Citi FM, Biggerman said he had learnt from the examples of other rappers who have now made a name for themselves after giving a freestyle to other big artistes.

He spoke about how he had never received a negative reaction from any audience during his performances throughout his career.

According to him, that informed his decision to brave the odds.

“Nobody has really done that in Africa so let me just take my shot and try my luck. I knew I wasn’t going to be turned down,” he explained.

Meanwhile, he stated that he is working around the clock to release his EP which is in the pipeline.

“I have not relaxed” he clarified.

In December 2019, CJ Biggerman met Rick Ross who just landed in Ghana with a rap freestyle to the surprise of all present.

Later, Ross announced that he would perform with the Ghanaian rapper at Detty Rave where he was billed to perform.

DISCLAIMER: The Views, Comments, Opinions, Contributions and Statements made by Readers and Contributors on this platform do not necessarily represent the views or policy of Multimedia Group Limited.
Tags:
CJ Biggerman