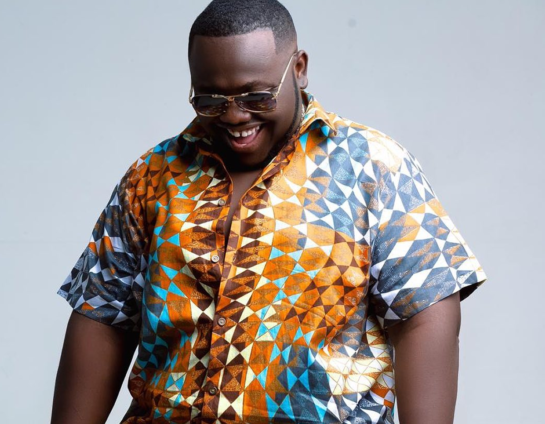 Rapper CJ Biggerman has requested EL’s latest track ‘Efa Wo Ho Ben‘ to all those who still think his relationship to American artiste Rick Ross is a facade.

According to him, he is not perturbed about the opinion that his meeting with the star was a one off and has only ended once he is back to the States,

CJ Biggerman told Doreen Avio in an interview on Let’s Talk Showbiz on Joy News that the most important thing to him is the fact that he has the contact of Rick Ross and can reach him as and when he wants to.

However, whatever, goes on between the two of them, he will like to keep to himself and not put that information out.

CJ said he was grateful to Rick Ross for putting him on stage, following him on all his social media handles which he described as the biggest recognition in his life.

“He did very well by putting me in stage, following me on social media and gave me the biggest sign ever in my life and all I want to do is to be grateful” he said.

CJ also used the opportunity to advise colleague musicians to be innovative in the time of Covid 19 and get closer to the fans as he believes it’s the best thing to do.

He revealed that he has started a project which he calls the ‘Biggerman Cypher Thursdays’ a radio show he does with a DJ where he also has segments for musicians and upcoming ones to feature on.

This, he said, has been overwhelming and looking forward to growing it.

He also called on his fans to check out his album he released not too long ago.

DISCLAIMER: The Views, Comments, Opinions, Contributions and Statements made by Readers and Contributors on this platform do not necessarily represent the views or policy of Multimedia Group Limited.
Tags:
CJ Biggerman
Rick Ross