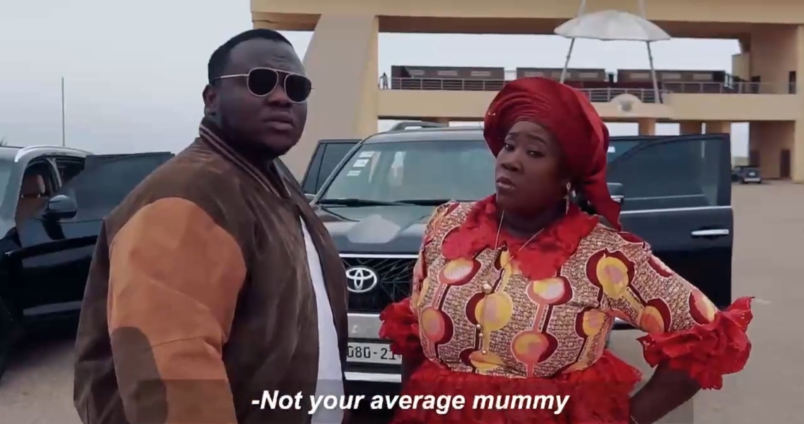 The musician has recruited his mother into a music composition where she is seen rapping rapidly.

In a video posted on Twitter, the woman, Ivy Adjimah (Big Ivy) is clad in a locally styled African print with a headgear.

She sings alongside her son in front of two black 4×4 vehicles at the Black Star Square.

Yo my mum dey Rap Damn!!! Check this out guys. #Bigmommabycjb #HappyMothersDay pic.twitter.com/qV4QJRaaOb

“Not you average mummy,” Big Ivy raps with the backing of her son who subsequently takes over in the second verse.

Christian Jojo Joshua as he is known outside music circles is the name behind songs such as ‘Le booboo’ Twanebor, among others.