‘Go to school, have a plan B’ – Big Ivy advises youth interested in showbiz 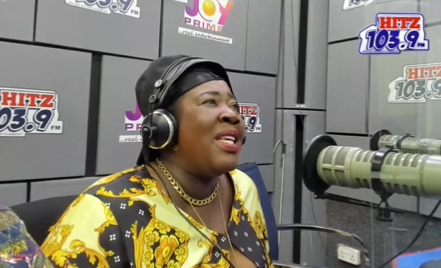 Internet sensation Big Ivy has called on the youth interested in show business to abandon the culture of ditching school to pursue careers as entertainers.

According to her, it is important for young people to follow through with their education and earn their degrees before embarking on their real goals of joining the entertainment industry.

Speaking on Daybreak Hitz on Hitz FM, Big Ivy explained that this would ensure the youth have not just one career path.

“Go to school get a plan B. If you have the options no one can cheat you. If you are able to get an option, whatever passion you have you can do it well. There will be no need to rush, take your time to plan,” she advised.

Big Ivy noted that young people will not be worried about their careers when people threaten to take advantage of them before they are given an opportunity. She said education ensures children always have something to fall back on.

“Youth of Ghana, look at me Big Ivy, I have gone to school, I have my degree and masters but look I am rapping. You see the kind of following I am getting on social media, even if it is not perfect I am still trending.”

She revealed that she ensured her son CJ Biggerman did the same before he took on the music career full time.

She urged parents whose kids want to pursue careers that have no need for degrees to advise them to stay in school.

Big Ivy became famous after a video of her rapping went viral on Mother’s day.

A few months later, mother of one Nigerian skit maker challenged her when she released a video taking shots at her. The two have been going back and forth since.

Big Ivy has already released a reply to Mummy Dolarz and Mummy Dolarz has announced she would be giving a response soon.

Meanwhile, opening up about working with her son for the release of Big Momma, Big Ivy said that they both combine their knowledge and love for literature to come up with impactful, lyrics that rhyme and is still entertaining.

“I asked him to let us do something creative, so he wrote for me, and we discussed what could stay and what should change. I sit in the studio when he is writing, and then we look at what he has and say ‘let’s change this, this doesn’t rhyme’. I am very particular about the lyrics, I don’t want to use.”

Big Ivy added that she has a single and an EP coming.

According to her, the release of the single was pushed aside when the beef with Nigeria’s Mummy Dolarz started.