How finger counting gives away your nationality 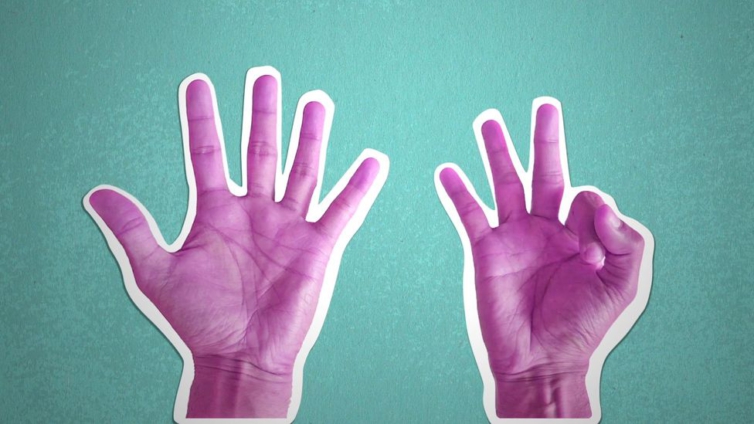 Many people around the world learn to count on their fingers, but we don’t all do it in the same way. Could there be a better method?

How would you count to 10 on your fingers? Do you start with the thumb or the index finger? Left hand or right? Dactylonomy (counting on your hands) seems like such a simple and natural thing to do that you might assume it’s nearly the same everywhere.

After all, it’s no coincidence that we have 10 digits on our hands and the most common number systems have 10 digits. This way of counting (called a base 10 system) probably arose because we have 10 fingers. If we had evolved with 8 or 12 fingers, our number system might be quite different.

And the word “digit” in the sense of numerals comes from the Latin digitus, meaning finger or toe – because of the way we use them to count.

But it turns out that people around the world have vastly different techniques for keeping track of numbers on their hands.

However, this cultural diversity in finger counting hasn’t always been appreciated. “What struck me was that most researchers treated it as if there was just one way of counting with your fingers,” says Andrea Bender, a professor of cognition, culture, and language at the University of Bergen, Norway.

“In the past, researchers have believed that finger counting, and especially the way that we do it in the West, is essential for children when they start to learn counting, and when they try to grasp what numbers actually are. One reason for casting doubt on that is that there is so much cultural diversity in how fingers or body parts are used for counting.”

In India, for example, they use the lines between the segments of the fingers to count. This means each digit can represent four numbers and the whole hand can represent 20. While in parts of Eastern Africa like Tanzania, among speakers of some Bantu languages, they use both hands in a symmetric way as much as possible.

The number six, for example, is shown with the index, middle, and ring finger of both hands. There’s also the indigenous Northern Pame people of Mexico, who count on their knuckles, and the (now extinct) Yuki language in California, which used the spaces in between the fingers.

However, some cultures don’t use quantities of fingers to represent numbers at all – they use symbols. In China, they count from one to five in the same way as the US, but six to 10 are represented symbolically.

Six is shown by extending the thumb and pinky, while 10 is either a closed fist or crossing the index and middle fingers. And the ancient Romans also used a clever (but difficult to master) symbolic system that allowed them to count into the thousands.

Bender says that finger counting can be richly varied and researchers may have barely scratched the surface of the multitudes of ways different cultures do it. Her group is about to start on a much bigger survey to try to document finger counting around the world in much more detail.

“We know a little bit about how much diversity is possible, but we have no idea yet of how big the differences actually can be,” she says.

Cognitive scientists like Bender are beginning to show that there is still much to discover about the relationship between gesture and language learning. For example, gestures can change how we hear words. But we don’t know whether the gesture informs the choice of word or vice versa.

“What I think is extremely exciting is – what cognitive implications do these differences have? How do children who grow up with different representations for numbers learn counting?”

At some point, probably hundreds of thousands of years ago, our ancestors started to count and developed different counting systems, concludes Bender.

Not only can finger counting reveal where in the world you come from, but it may also shed light on how we learned to understand the concept of number – as children and even as a species. Even though counting on your hands feels as easy as one-two-three, in reality, it’s not so simple.