How my evil step-mother became one of my favorite people - MyJoyOnline.com

How my evil step-mother became one of my favorite people 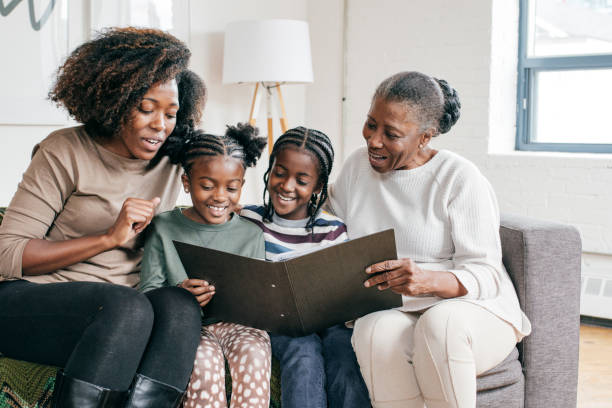 When I was six, my dad asked me what I wanted for my birthday. “A house of our own,” I told him.

Even though I loved living with my grandfather and my single-father dad needed the help, I dreamed of living in a two-story house with a gabled roof and big porch.

My mom wasn’t fully in the picture anymore, as my dad had full custody of me and my younger sister, and I think somewhere in my six-year-old brain, I believed having a home of our own meant we could all move on from my parent’s contentious and awful divorce.

I don’t know how long it was after, but my dad surprised me with a two-story townhouse. My younger sister and I each had our own bedrooms, and I loved sitting in the kitchen watching him cook after long shifts after the steel mill.

It was our home.

Until she showed up. Again, my child-brain is foggy on the details of timing, but sometime shortly after, my dad introduced me to his friend Gail who had a daughter a year younger than me. This woman was suddenly at our house all the time, cooking in our kitchen and bringing her daughter with her.

I was not amused.

Then one day, my dad came home and told my sister and me that he and Gail had gotten married at the Justice of the Peace.

All I heard was that this woman, who I barely knew, was moving into the house my dad bought me and bringing her daughter with her.

Again, I was maybe six or seven, and my ability to see the bigger picture didn’t exist yet.

Over the next few years, I struggled to make sense of who my mother was. I was told to call Gail ‘mom,’ and my own mother had moved to California, leaving my sister and me behind in Michigan.

But Gail didn’t feel like my mom. She yelled at me, made me do chores, cooked for our family, took my dad’s attention away from me, and became the boss of me.

As I moved into my teenage years and my contact with my biological mother became sporadic at best, Gail was the one who taught me about periods and how to shave my legs.

She bought me homecoming dresses, celebrated when I made the cheerleading squad, and always made sure we had dinner as a family. She worked full-time on top of raising three girls who were all one year apart in age.

And I hated her.

In fact, I hated her so much that when I was sixteen I moved to California in hopes of developing a relationship with my “real mom.” That didn’t go very well, and I found myself floating into young adulthood without an adult woman to guide me as I refused to have anything to do with Gail.

At twenty-two, I married my husband.

Gail and Dad flew to San Francisco to celebrate, and my husband encouraged me to try to be nice to her. In fact, he felt it was so important that he surprised me with a trip to Michigan to spend Christmas with Gail and Dad.

We returned the following Christmas and the next one. That year, when I couldn’t stop eating mandarin oranges, Gail asked me if I was pregnant. I laughed. “No.”

But I couldn’t stop my obsessive orange eating, so I borrowed Gail’s car and bought three pregnancy tests. Positive. Every one. I made my husband buy me a few more. Positive.

I burst into tears. My carefully planned life of having a career was derailing. James was only in his first year of law school, and we had very little money. My pregnancy news devastated me.

But Gail and Dad were ecstatic. She fawned over me. Called me regularly to check on me, and when Ryan was born she and Dad flew to San Francisco to meet him. She beamed as she held him.

I began to see Gail differently. Not as an Evil Stepmother who had upended my life and doled out punishments, but as a woman who, at the age of 26 became a mother to three little girls ages 6, 5, and 4.

I realized she had not only balanced mothering us, but had done it while working full-time and running a home.

Those chores I despised prepared me for running my own home and tending to my own little family. She had saved money to buy me those Homecoming dresses and had attended my cheerleading competitions with pride. When I brought home good grades, there had always been a nice meal to celebrate.

She had done her best with what she had and in spite of having a surly daughter who constantly dreamed of escaping home and finding her “real mom.”

Over the years, Gail — or Ma or Ba Miss as my sons called her — reveled in being a grandma. Every summer, we brought our boys to Michigan where she potty trained each one of them by teaching them to pee on trees (my parents were living in the Northern Michigan woods at this point) and spoiled them rotten with love and treats.

And she was the one who offered to take my sons for a few weeks to protect them from the chaos swirling around my marriage. When James went to visit our sons in Michigan, she welcomed him.

She and Dad told him how disappointed they were in his actions, but they loved him. And me. And they would do whatever we needed them to do as we sorted through our issues.

I knew Ryan, Leo, and Tate would be safe with her because no one loves a child as much as their parents — except grandparents. I didn’t think twice about leaving my sons in Michigan for the summer because my boys only knew Gail as their grandma and as an adult who loved them unconditionally.

During this time, her commitment to helping James and me and caring for our sons when we couldn’t, is what helped us keep our family together.

In the ten years since, Ma has been to every graduation, sends cards to the boys for every holiday, welcomes us into her home for a few weeks every summer, and visits us often.

My sons love spending time Up North with their grandparents where they gorge themselves on Ba Miss’s cooking and love.

In 2020, when James and I bought our first house, Ma and Dad drove 12 hours from Michigan to help us gut our kitchen and rebuild it in a week.

She hung wallpaper in our powder room, cooked meals for us, and made sure James and my dad had a beer to cool off with in the evening. Over the course of that week, our house transformed into a home.

This past year, we celebrated our first Christmas with Ma and Dad since the year I found out I was pregnant. We cooked together, played silly games, and enjoyed being a family.

As Tate said, “It was the best Christmas ever.”

Thirty-nine years after first meeting her, I realized I was gifted with the best Ma ever.