Hydroxychloroquine and plight of lupus patients: Old hero to the rescue? - MyJoyOnline.com

Hydroxychloroquine and plight of lupus patients: Old hero to the rescue? 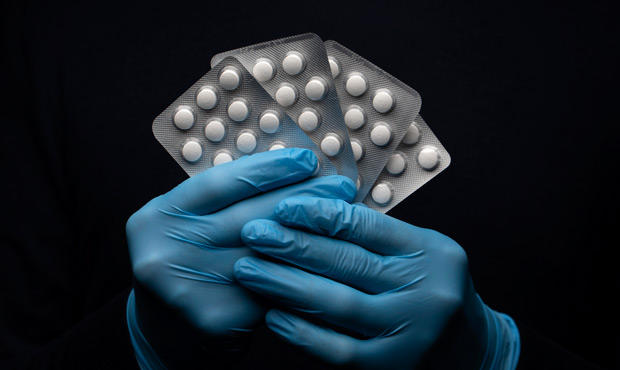 The experimental drug, remdesivir, has enjoyed a considerable eulogy in the medical circles after it was reported to have triumphed in Covid-19 wards.

The drug, now produced by Gilead Sciences Inc., has proven to be effective, though the World Health Organisation (WHO) solidarity trial is yet to pound the gavel on it.

Treatment cost ranging from 260 dollars to as high as 1,000 dollars, according to Doctors Without Borders, means one can be safe only with their financial torque or depend on the relatively cheaper, hydroxychloroquine.

That seems tricky not only for the potential hydroxychloroquine new comers but those whose immune systems have long found solace in it, as well.

One of them, Emma Wilhelmina Halm Danso, told me, in a sorrow-soaked voice: “Our lives are being endangered. I was almost paranoid in March. I drove to so many pharmacies. When I got home, I broke down and all my fingers were swollen.”

“I was terrified. It’s worse than I’m trying to paint the picture,” she said.

Though I wouldn’t like, on any day, to go for a brush to render her horrifying moment, I also had to place a phone call to one of the 4 pharmacy shops Emma mentioned to me.

The shop attendant said outright ‘No’ to my enquiry to purchase.  Emma, a lupus erythematosus patient, however, had been given same response but the dispenser added, “I know someone who sells some but he doesn’t sell by strip, rather the whole box at 900 cedis.”

Emma asked for the name of the pharmacy shop so she could visit. “It’s sold by an individual and he wants to know the quantity you need first,” the dispenser prompted him.

Emma responded: “It’s a medicine I take all the time so even if I get 10 boxes, I’ll take.”

However, before she could pen that individual’s phone number, the dispenser ended the phone call.

“He said, ‘ok, I’ll give you the number’, and ‘Kra’ he cut the line,” Emma couldn’t come to terms with that behaviour.

“How can an individual be selling hydroxychloroquine when he doesn’t have a pharmacy?” she quizzed.

These are conditions arising from abnormal immune response to a normal body part. It means the immune system starts to attack normal tissue cells and organs, resulting in acute chronic diseases.

Office on Women’s Health of the US Department of Health and Human Services identifies 80 types of the condition.

They include rheumatoid arthritis, systemic Lupus Erythematosus and certain types of diabetes.

Autoimmune diseases constitute a leading cause of death among young and middle-aged women.

While causes are unknown, fever and tiredness are some common symptoms.

Some autoimmune diseases such as lupus have been found to run in families but have connections to infections and the environment.

A 2016 study by the Korle-Bu Teaching Hospital confirmed a known fact that women are more commonly affected than men.

Akans were found to have the highest prevalence, with Northerners recording the least.

According to MedlinePlus Medical Encyclopedia, treatment depends on type and severity of the condition. Majority of the autoimmune diseases are chronic, with no definitive cure.

However, treatment options may include use of immune-suppressing drugs such as hydroxychloroquine.

The drug, which has secretly been relieving lupus and rheumatoid arthritis patients, suddenly shot to fame when studies in France found it could ambush Covid-19.

Reports of Ghanaians abroad, especially, illegal immigrants asking their relatives in Ghana to send them the drug became rife.

“We got calls from people outside the country; UK and US. The system there is such that if you don’t have legal documents, you can’t access healthcare. People wanted to take the drug to prevent them from contracting Covid-19. So relatives in Ghana started looking for the drug to send to their kins abroad,” Dr. Samuel Amoabeng Kontoh, Specialist Pharmacist at Komfo Anokye Teaching Hospital and Ashanti Regional spokesperson for Pharmaceutical Society of Ghana, disclosed.

A statement by Pharmaceutical Society of Ghana, discouraging use of the drug as prophylaxis, was premised on the fact that it can be dire for people with certain heart conditions.

“The fear here is that before we put patients on hydroxychloroquine, you must check the heart to see how the heart is behaving, if that’s not done and you prescribe, that can be a danger, because the person may be having an underlying condition,” Dr. Kontoh explained.

Emma, who has been depending on hydroxychloroquine for a decade, spends 60 cedis every month on the drug. Since March, however, her expenditure has seen a rise.

“Last month, even though I didn’t get the medicine I needed for the month, I spent over 1,500 cedis for the little I was able to get,” she revealed.

According to Pharmacy Checker, lowest price of 200mg of hydroxychloroquine, plaquenil is 0.29 dollars per pill.

In Ghana, the price of hydroxychloroquine before Covid-19 pandemic was about 60 cedis for 60 tablets, meaning 1 cedi for 1 tablet.

“Within some weeks, some are selling a box of the generic for 600 cedis and the plaquenil for 900 cedis. We take 400 mg of the drug every day, so we’re now spending 20 cedis or 40 cedis a day for the same tablet instead of 2 cedis we used to spend,” Emma pointed out.

As Executive Director of Oyemam Autoimmune Foundation, she fears the situation predisposes other patients to Covid-19.

“If you’re not taking the hydroxychloroquine that means you have to be given stronger immuno-suppressive drugs. But as we are aware, we’ve all been asked to boost our immune system; so this is not the time for rheumatoid arthritis or lupus patient to take stronger drugs to suppress their immune system. Some have even started reducing their dosage,” she bemoaned.

I called Dr. Kontoh a day after speaking with Emma, when he’d earlier promised to investigate.

He, however, says manufacturers are faced with difficulties of acquiring raw materials abroad.

“After contacting some wholesale places, they told me the prices have changed from the manufacturers because of the unavailability of active ingredients. Because of the pandemic, every country wants to hold onto what he has. So the few that is there, they have to adjust to contain the price hikes,” he noted.

Though, the Ghana Pharmaceutical Society insists on prescription before dispensing of hydroxychloroquine, Emma believes it should be taken a step further to include specified conditions.

“We should insist on a prescription specifying the condition on which the hydroxychloroquine is been purchased,” she recommended.

Emma calls for the setting up of a National Commission for Autoimmune Disorders and Diseases to protect patients.

“So that in times like this we’re able to have more authoritative voice so patients wouldn’t have to go through this avoidable emotional and financial stress,” she explains.

Ghana’s preparedness to meet its healthcare needs has again been called into question.

With a technology readily available, Ghana is expected to be proactive on what could be a potential Covid-19 saviour.